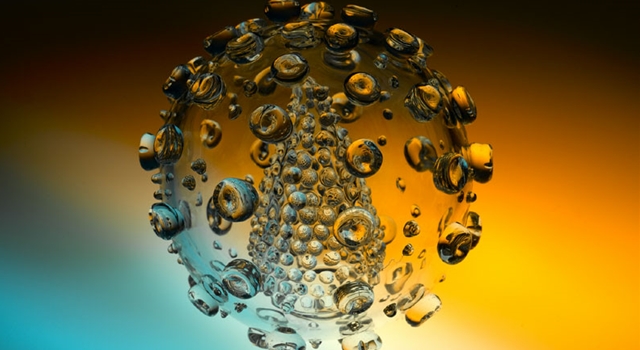 Killer viruses and bacteria blown up to millions of times their normal size and made out of glass. Not something you see every day…

It turns out that Luke Jerram is the best person at making microbiological structures out of glass in the whole world. I guess he hasn’t got too much competition in that field though. Artists that work with glass are few and far between among the general public, and microbiology experts aren’t much more common.

I just happened to come across these sculptures Jerram has done and thought they looked awesome. What’s cool is that he hasn’t just done an arty farty version of what the pathogens look like, oh no. He’s spoken to experts in the field and produced as accurate a representation of the little baddies as possible.

Jerram has worked with many mediums, often taking on large-scale public installation type things. But this melding of art and science floats my boat big time. Some people might argue that science is art, but I wouldn’t know WTF they were talking about. That sounds like something someone would say though doesn’t it? No matter.

I’ve taken the liberty of writing a little bit about each of the pathogens as we go along for my pleasure as much as yours. Here they are: 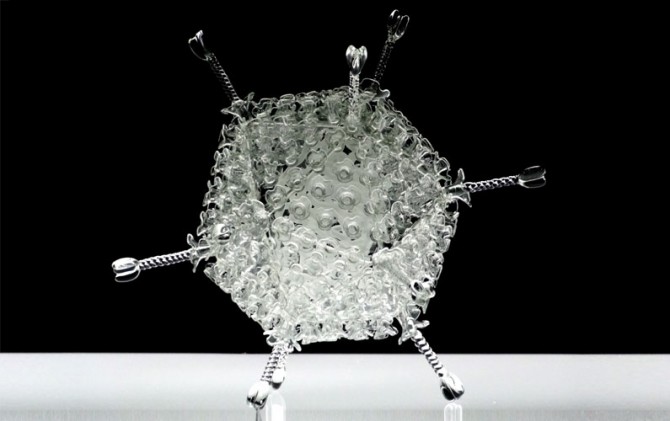 Adenovirus are a group of viruses which aren’t too dangerous but are very common. These little blighters normally cause respiratory beefs and the symptoms are a coldy, fluey type thing and also conjunctivitis. 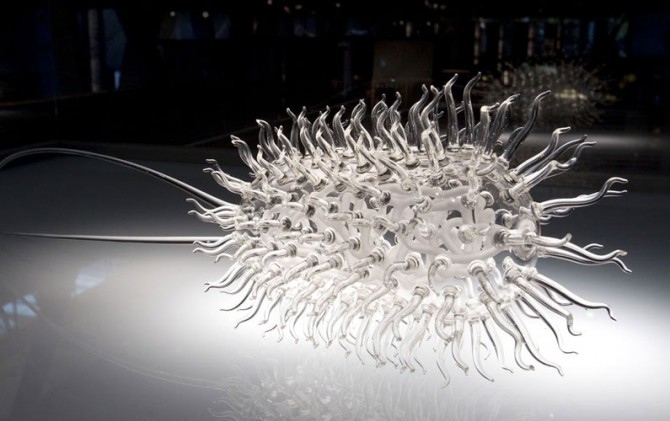 Escherichia coli are found in the lower intestine of mammals and most strains are completely harmless. In fact they can sometimes kill off bad bacteria in your guts and even help you out by producing vitamin K2. But, on occasion an errant strain can give you pretty serious food poisoning. They are easy and cheap to grow in the lab and are probably the most thoroughly studied microbe around. 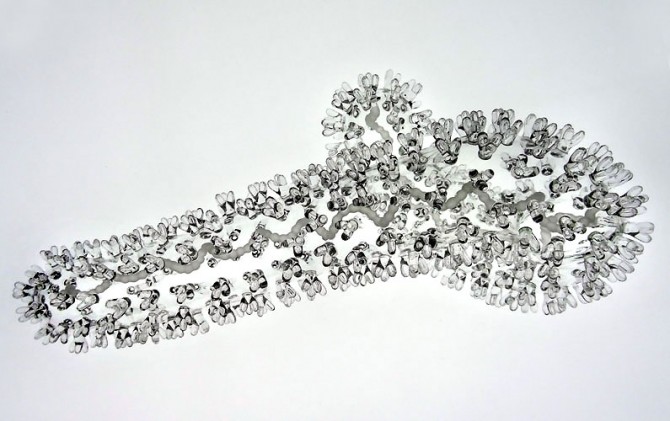 Ebola can give you Ebola virus disease (EVD) or Ebola hemorrhagic fever (EHF) neither of which are any fun at all. This one can and will kill you if it gets a chance. The cause of death in the end is the failure of all of your vital organs. Survival stats are pretty bleak, 68% of people who get EVD die. 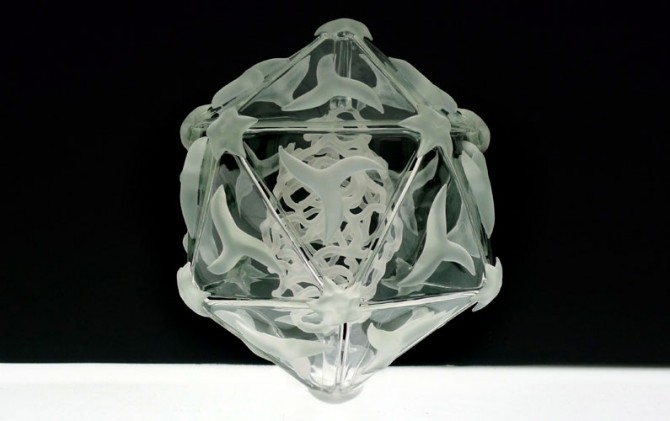 Hand, foot and mouth is different from foot and mouth in cattle and sheep. EV71 effects mostly kids and gives them rashes in and around their mouths followed by fever, general malaise and maybe some squits for good measure.

â˜› Up Next: Black Death — The Scourge Of Europe