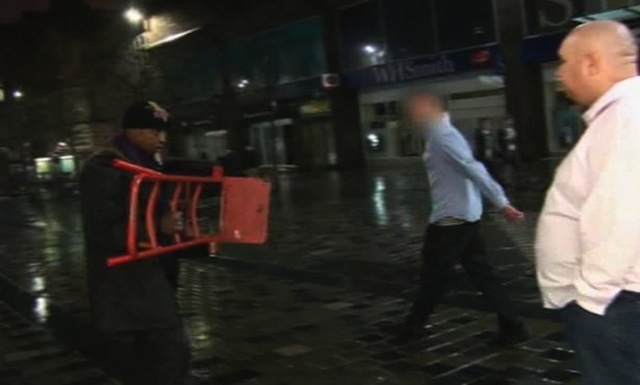 Muir is heard calling the African busker a “black bastard” and going off on a dumb tangent about him “milking our country for thousands”. He and his drunk mate try to throw a few punches and kicks at Melo who defends himself really well using a trolley that he uses to move around his music equipment. In fact he completely owns the two of them overall.

Muir was sentenced to 10 months for the attack and a separate incident where he abused a female Asian police officer while out on bail. Muir says he was “in a bad place” at the time and is actually “a really nice guy”. Yeah man, you sound really lovely.

It’s an absolutely disgusting example of racism and really annoying that it was allowed to happen. Respect to Melo for standing his ground.