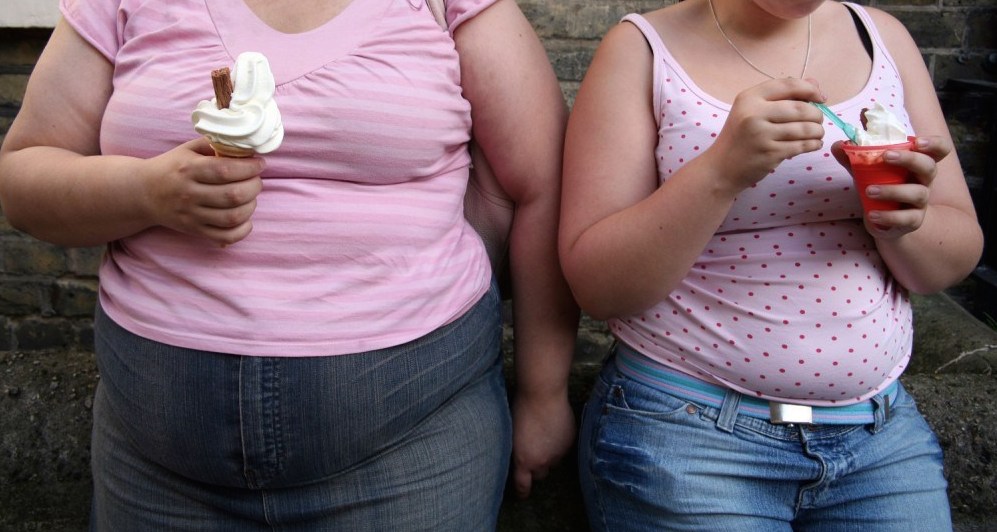 Neck and neck with US women.

I want to start this article by saying that we’re not looking to fat shame anyone here, but when your nation is officially named one of the most obese on the planet, then I think it’s fair to say that there’s some kind of problem going on.

This is the sad news facing the women of the United Kingdom and the United States, as it turns out that they’re also united on being the fattest women in the world right now. The study was conducted by Professor Paul Laursen, of Auckland University of Technology and used data from the United Nations Development Programme’s Human Development Report for 2014.

Interestingly, the study didn’t look at obesity, but a term that Laursen is calling ‘overfat’. This is defined as when your waist size measures more than half your height – an indicator of fat around the tummy, which is associated with increased risk of chronic diseases, mortality and reduced quality of life.

Shockingly, 8 out of 10 people in the UK are overfat with 86.6% of men suffering from it and 77.2% of women. Crazy – here’s what Laursen had to say about the results of his survey: 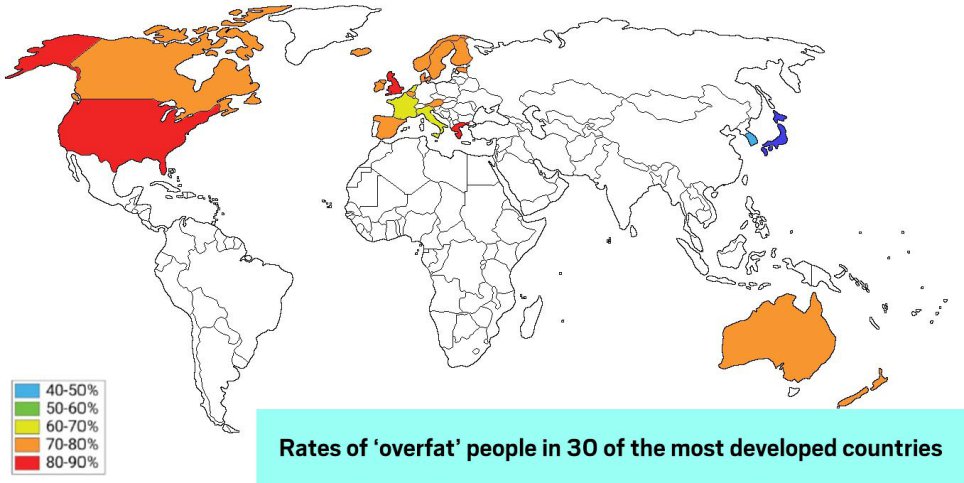 The prevalence of overfat populations in 30 of the world’s most developed countries is substantially higher than recent global estimations, with the largest growth due to a relatively recent increased number of people with excess abdominal fat.

Abdominal overfat is the most unhealthful form of this condition, so it is concerning that average waist circumference measures, generally indicative of abdominal overfat, have increased.

Despite a levelling off appearance of being overweight and/or obese in some developed countries, the overfat pandemic continues to grow.

On average, the prevalence of overfat adults and children in developed countries is extremely high, and substantially greater than that of overweight and obese individuals.

Despite a levelling off appearance of the overweight and/or obese condition in some developed countries, the overfat pandemic continues to grow.

In tandem with an increased average waist circumference, a recent rise in the incidence of abdominal adiposity, the unhealthiest form of excess body fat, has been observed in both adults and children.

The estimate of overfat in the world’s 30 top developed nations is substantially higher than the prevalence of overweight and obese adults and children worldwide, and stresses the seriousness of the overfat pandemic.

Regardless of BMI values, overfat individuals have excess body fat, a high degree of cardiometabolic dysregulation that can promote disease risk factors and chronic disease, increased morbidity and mortality, reduced quality of life, and pose a rising economic burden.

As an unfulfilled public health action, it is crucial to clinically identify individuals who are overfat in order to implement successful treatment and prevention strategies.

The problem is apparently particularly prevalent in the US (surprise surprise), but also in the UK, Iceland, New Zealand and Greece, where you probably would have thought people would be happier. It’s fairly typical though – obesity drops, but now they bring in this overfat thing that we’ve gotta beat too. Will it ever end?

For more fat people, check out the pros and cons of being a fatty. It’s not all bad news.