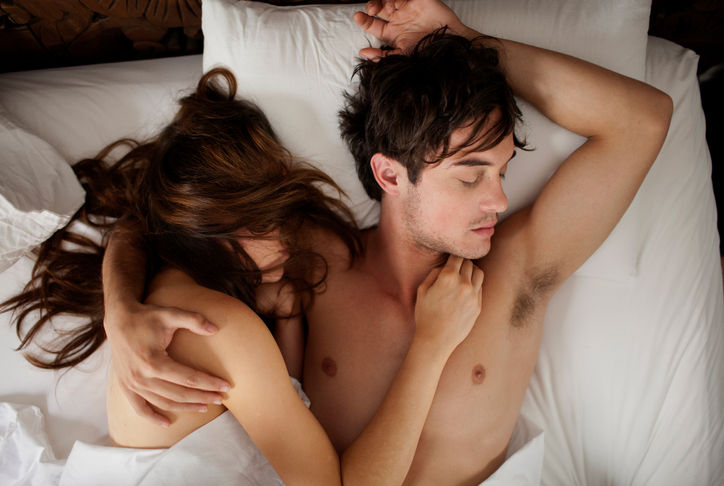 ‘I saw you with the apple. Whore.’

People can get pretty weird in their sleep: some go for walks, some snore at ridiculous decibel levels and some ejaculate all over themselves and wake up feeling ashamed and embarrassed. That last one has honestly never happened to me, I swear. Honest?

Well one woman’s boyfriend – from Wichita, Kansas – suffers from a weird sleep condition. But this one is none of the above. That’s right, this guy, known only as Sir Lord Dick Pat, isn’t weird because he walks, snores, or ejaculates uncontrollably. No, Sir Lord Dick talks when he’s in the magical land of siesta. And the shit that he comes out with is pretty weird and pretty hilarious.

Fortunately for us, his girlfriend – whose name is Caitlin – is a selfless individual and doesn’t keep his bizarre outbursts to herself. Instead she shares them with her 12,000 followers on Twitter for all to enjoy – at the expense of her beloved, obviously:

My boyfriend talks in his sleep, so of course I put it on the internet.

We’ve compiled a list of our top picks from the extensive ramblings of our boy, Sir Lord Dick Pat, for your entertainment. Check them out:

Told him he's in Cosmo. "What? Seriously? You're kidding. Don't fuck with me. The lady magazine? That's kinda cool."

I don't care, I'm getting tigers.

Why is it doing that. Why is it cold. Get me a leg.

They have this sinkhole. It's pretty scary.

I saw you with the apple.

Did you cut off the leg?

No octopus you can't do that!!

I performed a surgery.

That last one is actually really deep and totally true.

Caitlin was recently asked whether her boyfriend is ever able to recall the strange things he’s said during the night or if he remembers the dream he might have been having at the time:

He knows the one about the chainsaw had to do with his work but that’s it. He woke himself up with the octopus one.

He’s a lot funnier in his sleep [though] that’s for damn sure.

And I’m sure we’re all immensely grateful for it. How else would we know what eyeballs smell like?

Turns out Caitlin isn’t the only one with a sleeping freak for a boyfriend though. In fact, this girl had a pretty similar situation going on with hers.