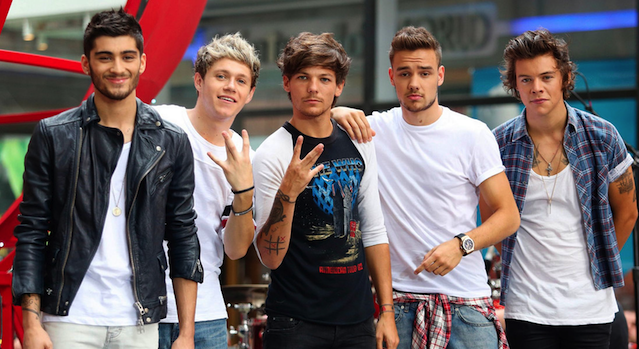 This sure is one way to sort out your mistakes from the night before.

Well, this sure is one way to get a guy to stop bothering you: instead of giving him a fake number (always risky in case he tries to call you straight away – nobody wants to break someone’s heart to their face), you give him the right one and pretend that he’s actually signed up to a premium text message service from a company promoting One Direction.

The results are pretty spectacular. Apparently this isn’t the first time said girl – Twitter user @sunbeamlirry whose real name is Hannah – has tried said trick, so hopefully there’s more where this came from.

Guys had better watch out when they’re asking girls for their numbers from now on, as this pretty much reads like a nightmare for me. Click to enlarge if you’re having trouble reading it. 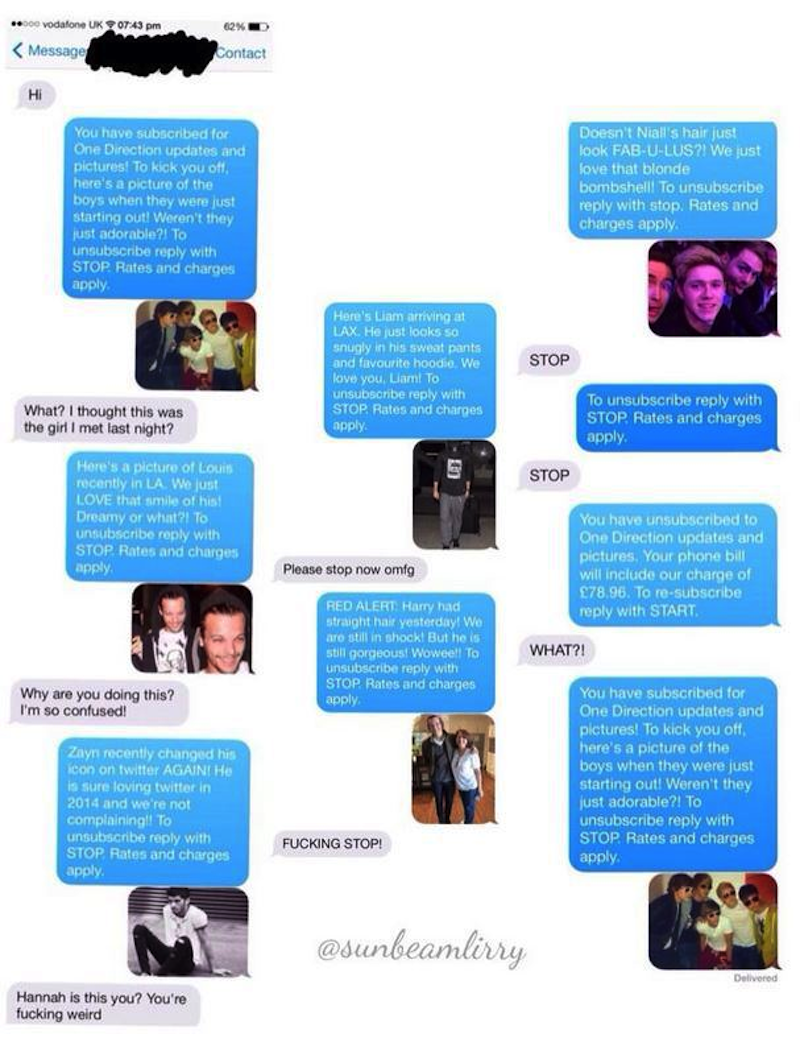