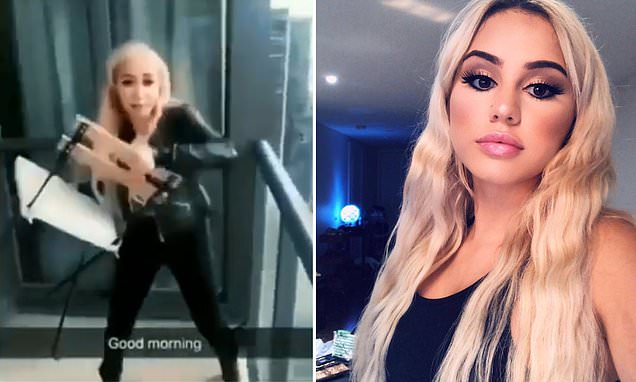 Remember back in February 2019 when a Canadian girl threw a chair off the 45th floor into motorway traffic, and then thought it would be a good idea to share the footage on social media?

Well it turns out this dangerous, braindead act has been a pretty savvy ‘career’ move for 19-year-old Marcella Zoia because not only has she avoided jail time, she’s also racked up 62,000 Instagram followers since!

At her sentencing this week, The Mirror reports that Marcella pleaded guilty to a charge of mischief endangering life. Prosecutors were seeking a 6-month jail term for the Instagram model, but she was instead handed a £1,000 fine, 150 hours of community service and two years probation by Justice Mara Greene. Not bad!

The fact that no one was hurt or killed by Marcella’s stupidity played a massive factor in her only receiving an £1000 fine and 150 hours of community service (which is quite a lot to be fair). But what I want to know is whether she’s also being punished for being dumb enough to share the footage online in the first place. I mean it’s one thing to do something unbelievably stupid and dangerous, but thinking it’s a good idea to stick the evidence online just takes it to the next level. I’m not a lawyer or a judge though so I can’t tell you what the punishment should be. All I know is that there should be some kind for extra penalty for that.

Marcella celebrated her freedom by posting this video on IG: