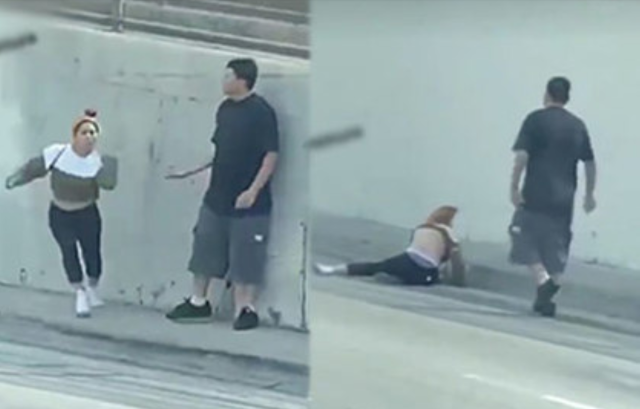 There’s not many things more embarrassing than a couple getting into a full-blown argument and screaming at each other in public, but there are ways to make the situation much, much worse, if you’re willing to go that extra mile.

Like the young lady in this video who thought a clever thing to do in the middle of an argument would be to… well, see for yourself:

Wow, she sure showed him huh? Not sure what the point of that brainless maneuver was aside to maybe say that her boyfriend pushed her into traffic? Then again that’s never gonna work because you’ve probably got a few witnesses present, not to mention the poor driver himself and the person recording.

The funniest part is how her boyfriend just casually walks over like this is the third time this week she’s run into traffic. Would probably have been better off walking the other way TBH. Either way, anyone willing to hurt themselves for attention is an absolute liability and in serious need of some help. Let’s hope she gets it.

For the man who was arguing so aggressively from his balcony that he ended up toppling over onto the street and breaking his face, click HERE.