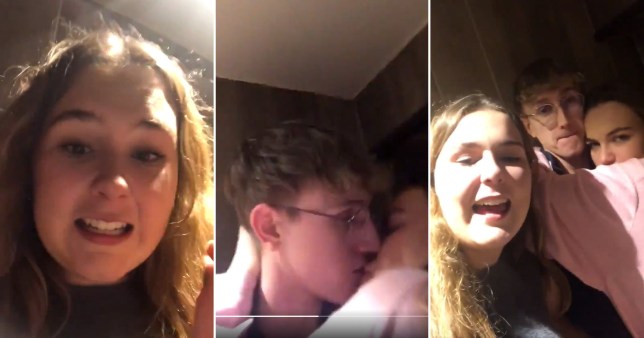 Losing your phone is bad enough, but losing it while drunk off your face on holiday in the French Alps is probably an even bigger nightmare.

Luckily for student Katalin Sára Meagher, her iPhone was handed in to bar staff at a club in Avoriaz – a mountain resort in Portes du Soleil.

She had no way of knowing who recovered her phone until she checked her videos and found this bonkers message from a Scottish girl who was suitably smashed off her face, but still sober enough to do the right thing:

lost my phone in the alps in a club and someone handed it into the bar ! i found this vid the next day and i love her please twitter help pic.twitter.com/qf3D0L2XMM

What a hero. And what an adventure! Finds a phone in a club toilet and then goes on a drunken journey to do the responsible thing.

Even better still – the girl who was pulling the French dude has since come forward:

I’m the one who’s with the french guy🙃

As has the hero herself:

hahahhahah, I can’t evenn mann, so yeahh i’m the girl in the video 🤭🤭

Cheers to Nicole and to anyone else who goes out of their way to help out a fellow drunkard, whether that’s by returning a lost phone or wallet or purse. Good karma all round!

P.S. Reminds me of this classic video where a similar thing happened in a Chinese takeaway:

For a drunk who definitely DIDN’T make a sound decision, click HERE. Ouch.