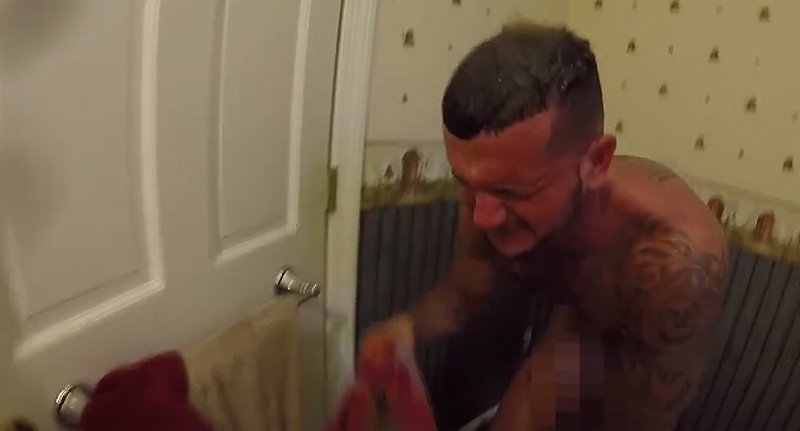 Getting pepper sprayed is the absolute worst, so brutally pranking your boyfriend and putting pepper spray in his shower head is probably up there on the list of most dumpable offences ever.

Fortunately for this chick Jen though, her boyfriend Ryan Hamilton has been annihilating her with some of the most awful pranks in history – including putting the world’s hottest pepper extract in her pants – so I think she gets a free pass on this one. The video has already logged up about 10 million views as well, so they’ve probably made a bit of money off it too.

All’s fair in love and war I guess, but I would not want to be Ryan Hamilton in this situation:

Yeah, that’s all kinds of nope isn’t it? Can’t say the guy didn’t really deserve it though, because he’s been a complete and utter asshole to Jen for the past few weeks. She probably knows that he’s gonna get her back even harder now though – that’ll be a sight to behold.

For more pepper spray, check out this Russian moron spraying himself in the face. When are people gonna realise that it’s just not a good idea?