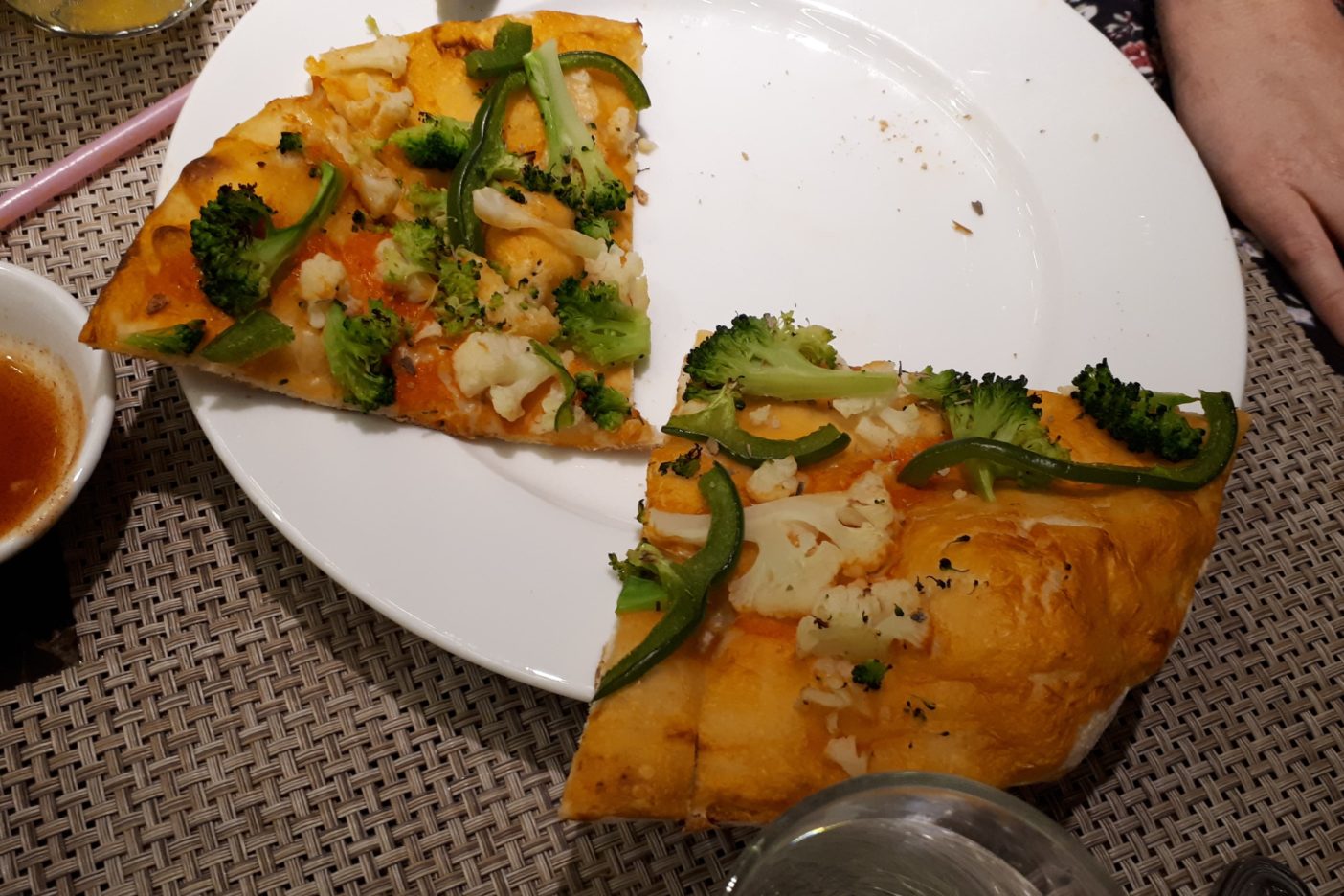 Veganism may be on the rise and you may be able tog et delicious vegan options at a lot of restaurants these days, but there are still some places that haven’t got the memo.

One such joint is some all you can eat buffet in Hanoi, Vietnam that 20 year old Christina from Sydney was visiting recently whilst she was travelling around the country. Annoyingly, the buffet didn’t include pizza and so she had to order extra to the table and because there were some vegans in the group they specified that it had to be a vegan pizza.

You would think that would be easy enough and you would just get a cheeseless pizza with some toppings like onions, sweetcorn, olives or tomatoes or something, but instead the gang was treated to the pizza that you can see above and below: basically some steamed vegetables whacked onto some dough. Whilst you have to give the restaurant props for making the vegan pizza from scratch especially for them, you’ve kinda gotta condemn them for making such a crappy version of pizza. I mean come on, it’s atrocious. 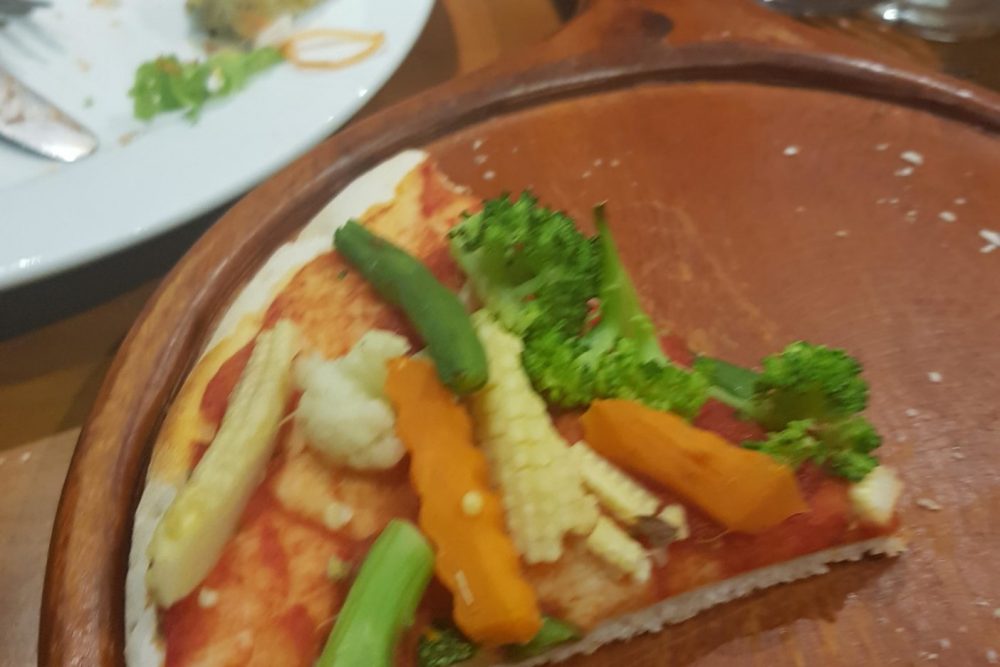 This is what Christina had to say about the meal:

I burst out laughing as soon as I saw it. It looks exactly like those microwave veggie packs we have at home dumped on a pizza base with some tomato sauce. And baby-corn freaks me out, what was it doing there? It looked like minimal effort.

I had to try it though, we all did. It tasted exactly what it looked like. Steamed packet veggies with no spice or sauce on top.

We didn’t complain as this was towards the end of our trip and we’d eaten some really weird food; goat or chicken but still with eyeballs and talons staring at you.

Also, we are all really passionate about food waste so didn’t want to throw the pizza away.

Sounds like she reacted way better than I would to being served up a steaming pile of crap like that – I would be going mental and demanding my money back and probably walking out of the restaurant. Seriously can’t believe they were so kind about it but I guess they’re vegans so it runs in their blood or something. Fair play to them though.