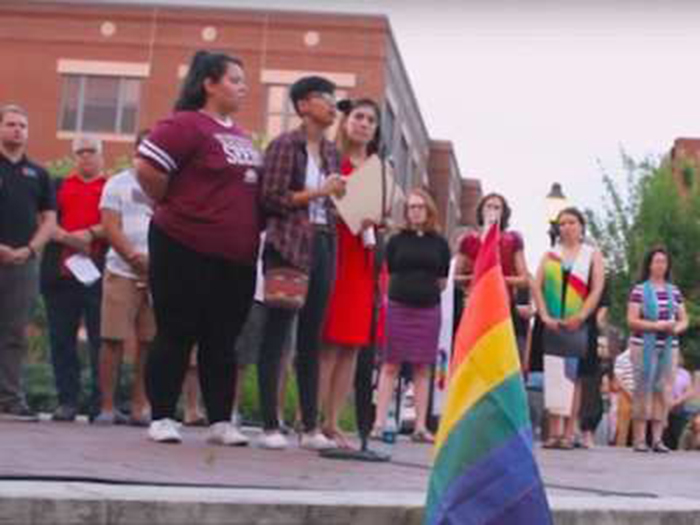 This is bang out of order.

A vigil held this week at the University of Missouri to honour victims of the weekend’s deadly shooting rampage in Orlando, Florida, was interrupted by an activist by the name of Tiffany Melecio, who wanted to have a go at the crowd for not supporting the Black Lives Matter movement in the same way.

It turned into a massive blame session against the uni’s LGBTQ community for not being “intersectional enough”. The passive-aggressive vibe in her speech is just the absolute worst.

You know what’s a great way to lose even more support for your movement? Interrupt a vigil for the Orlando nightclub shooting victims to make everyone feel bad for not supporting a completely separate movement. Just get up on stage and shame an entire crowd of people who are trying to pay their respects to the victims of the Pulse shooting by criticising them for not being equally devastated for something else.

Sure this girl might have a good point to make but is this the time and the place to make it? Don’t think so.

To read about the dogs flying in from all over America to comfort the victims and their families, click HERE.