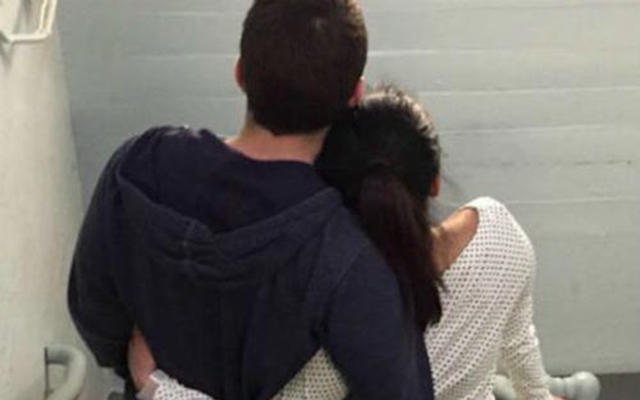 Are these two both as bad as each other? Or does one deserve more of a smack (metaphorically speaking) than the other? Let’s dive in: 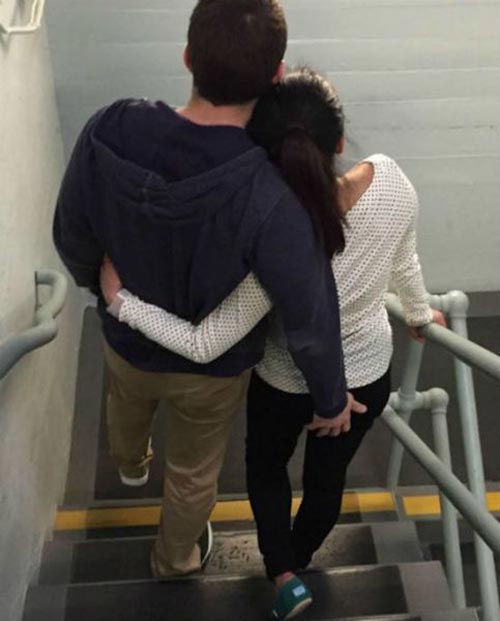 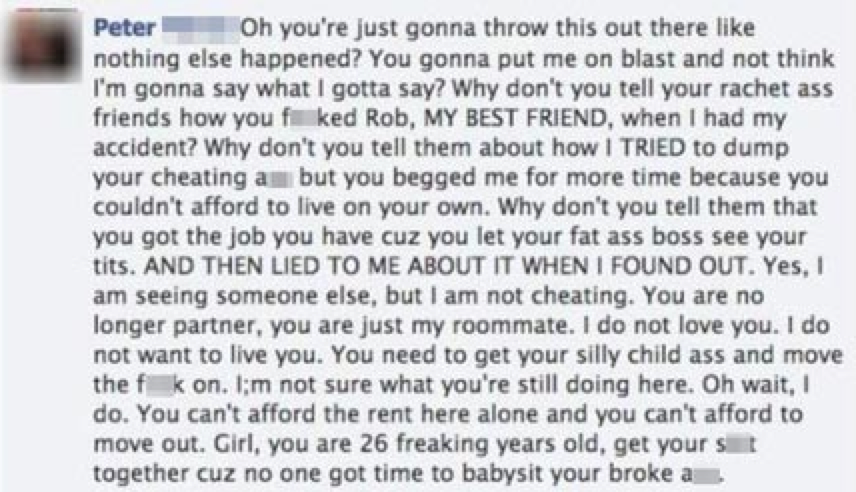 Firstly, no idea why anyone ever shares “he/she cheated on me” statuses on Facebook. Just the absolute worst attention seeking move which can only make a situation worse. Never has sharing the fact your partner cheated on you on social media done anyone any favours, ever.

Still, not too mad about it because this is A+ blog material. You think this guy’s just been roasted for the world to see with no chance of a comeback but nope – he comes through all guns blazing with some of the greatest put downs these eyes have ever seen. Completely crushed her original Facebook status with that line about showing her boss her tits. And the closing bit about begging to blow him after he sent her to the couch? Total annihilation.

Doesn’t even matter who’s right/wrong really — let’s just hope they both learnt something from this and move on to more prosperous, fruitful relationships.