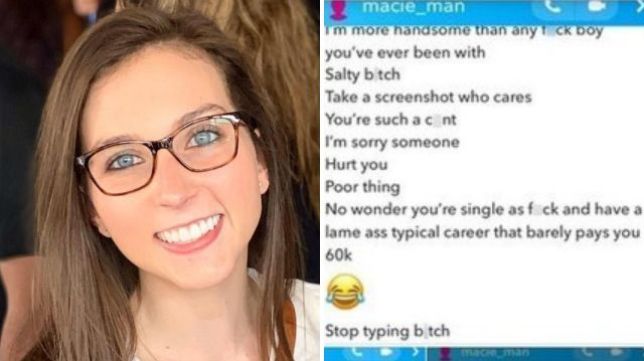 I really don’t know what goes through the heads of men who act like total creeps on social media and dating apps in 2019. You’re basically ASKING to have those messages screenshotted and shared online and invite a barrage of shame and abuse your way.

Used car salesman Brian Macie, 26, was rejected on Bumble by 23-year-old EMT Meagan Kennard, and instead of accepting the rejection like a man decided to go full-on psycho on her using whatever means of communication he could. 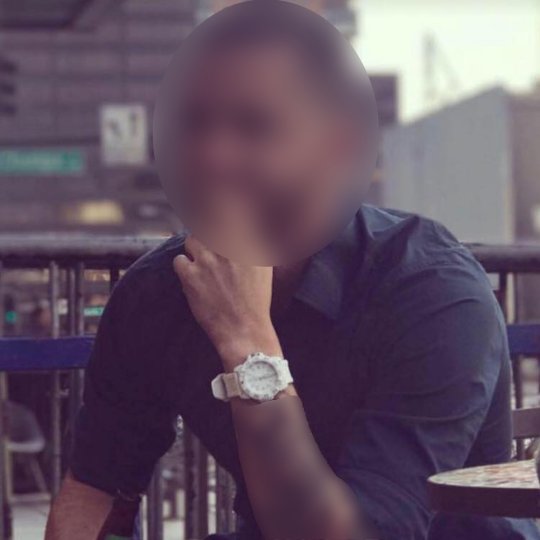 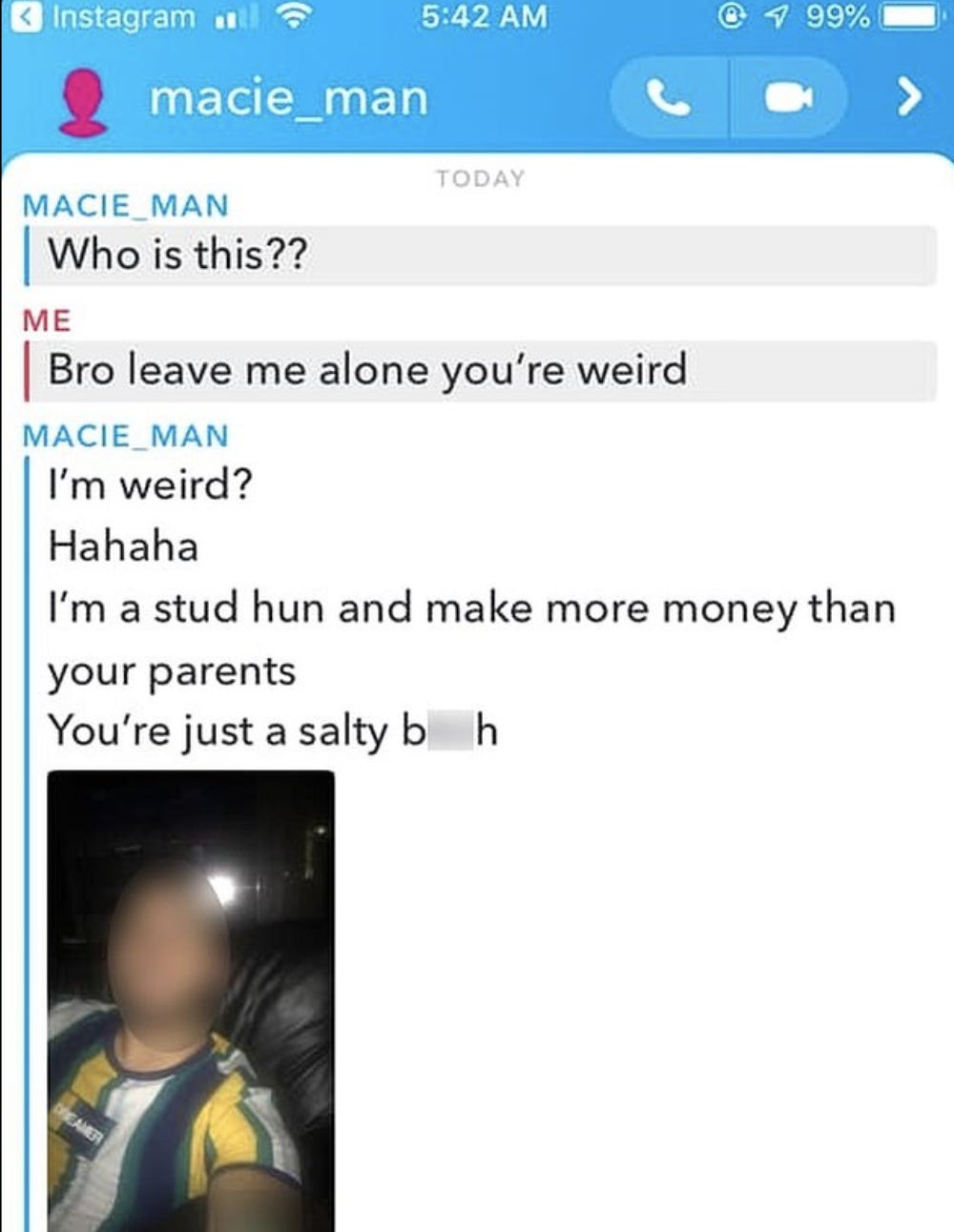 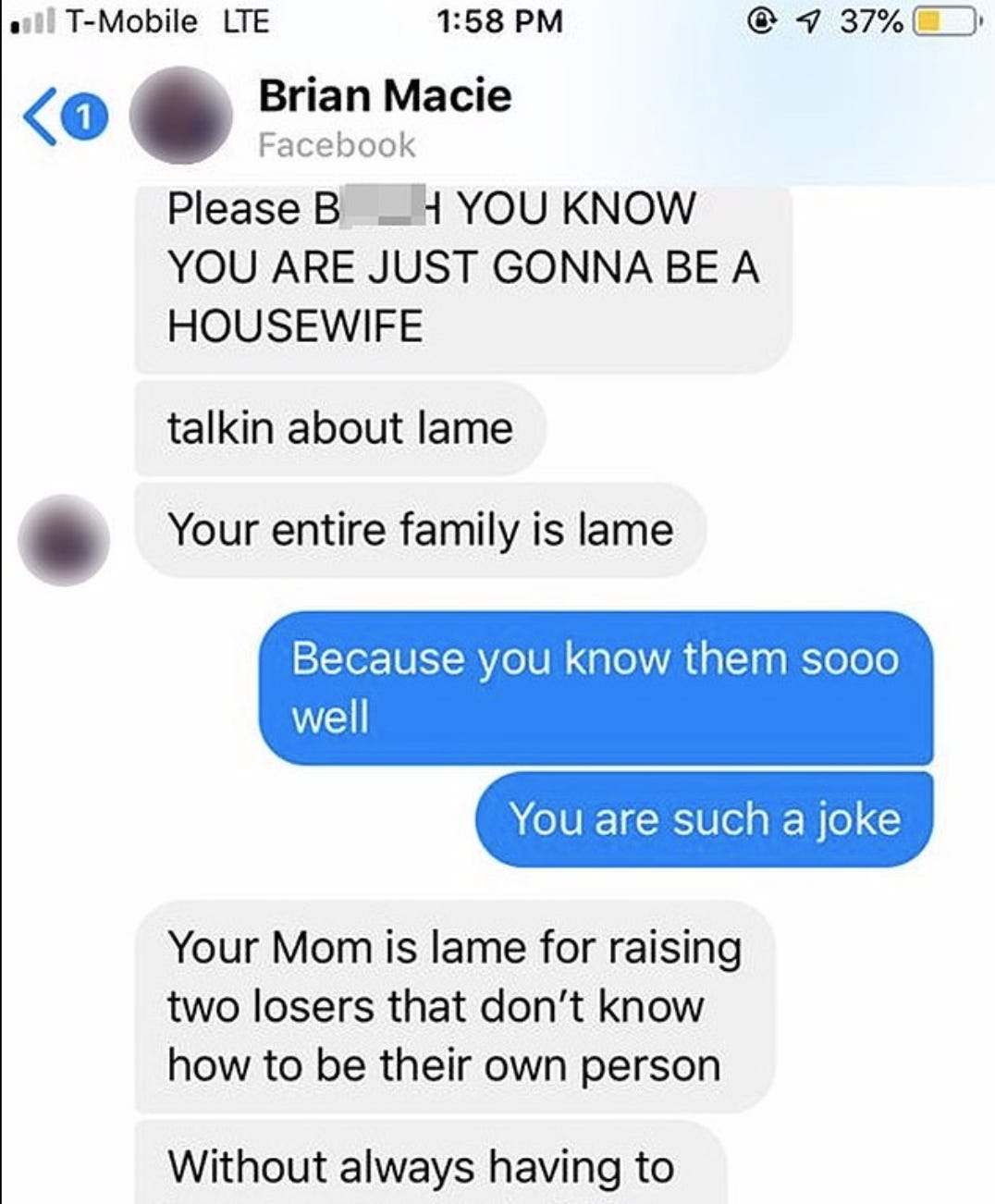 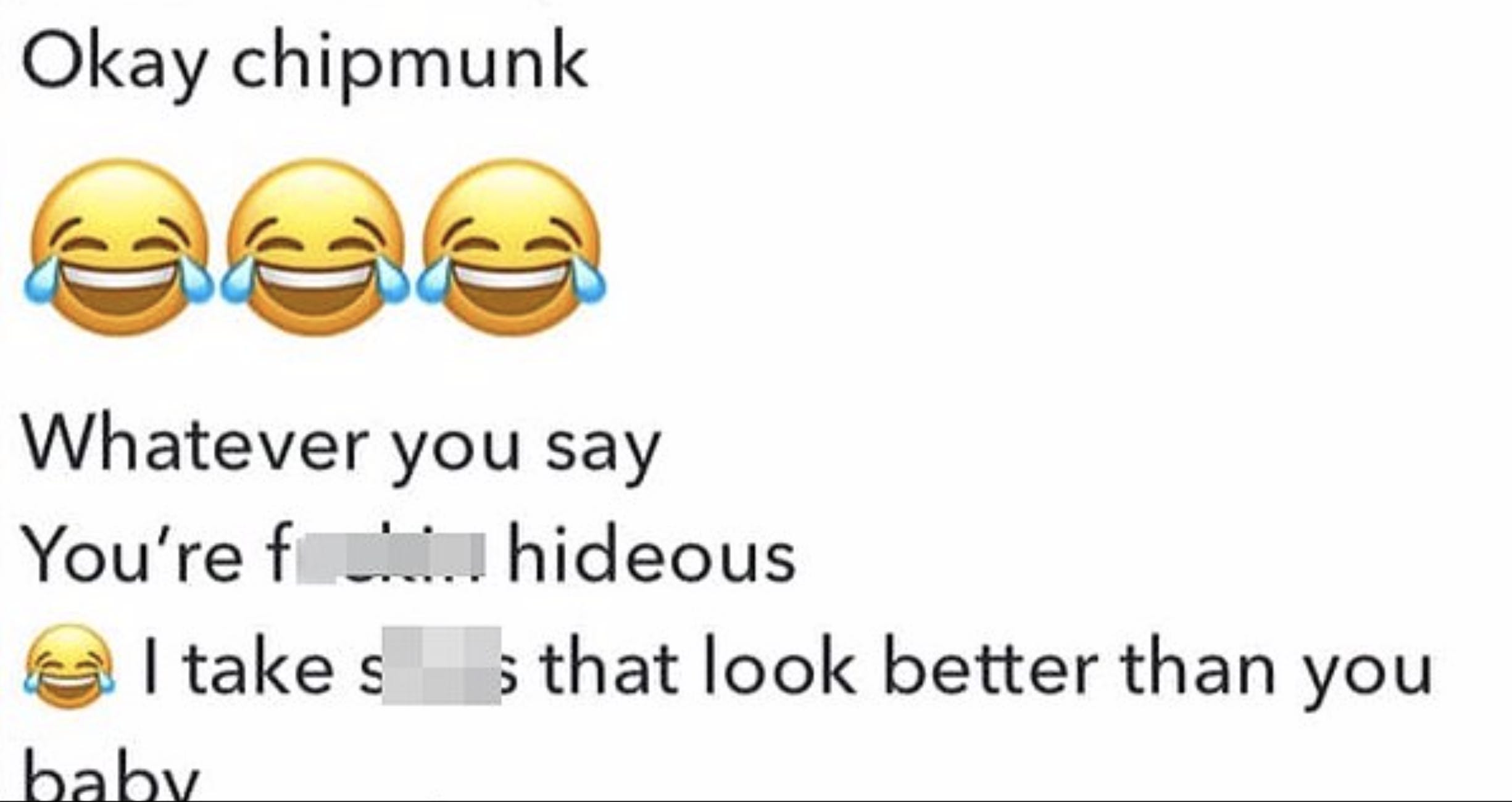 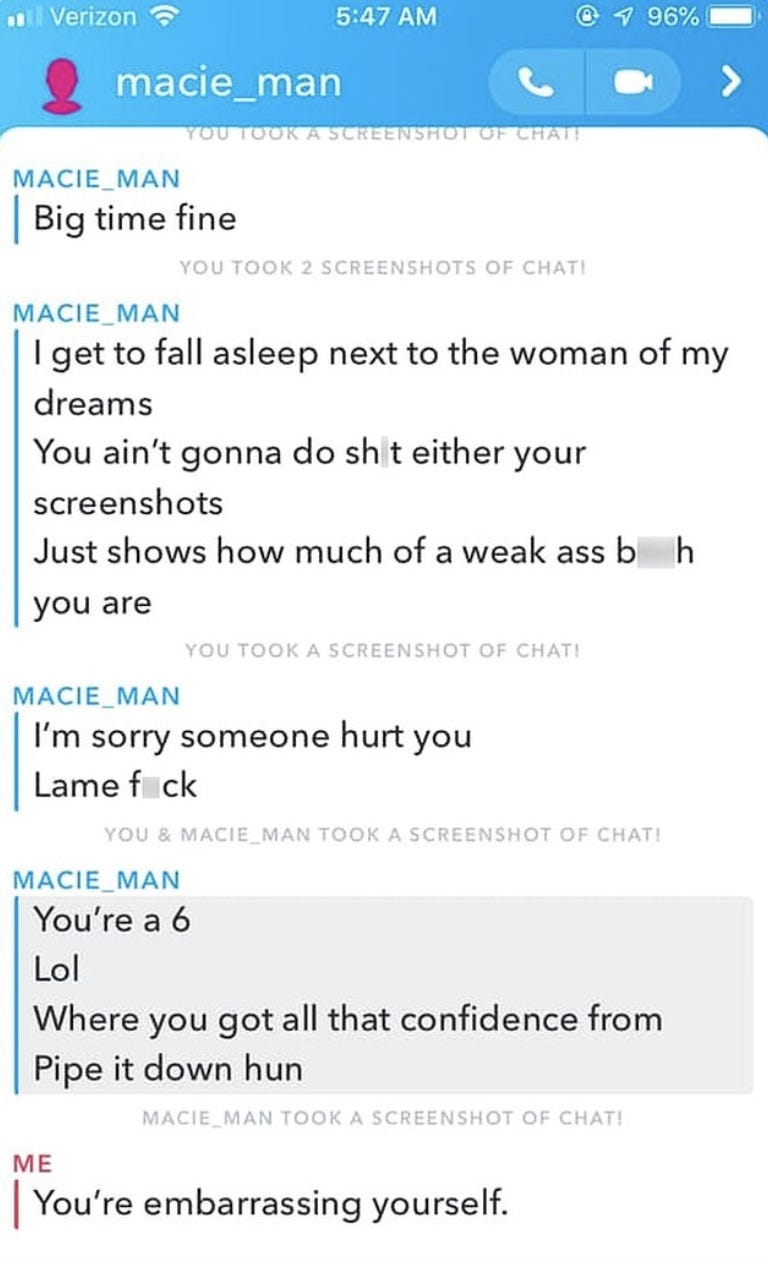 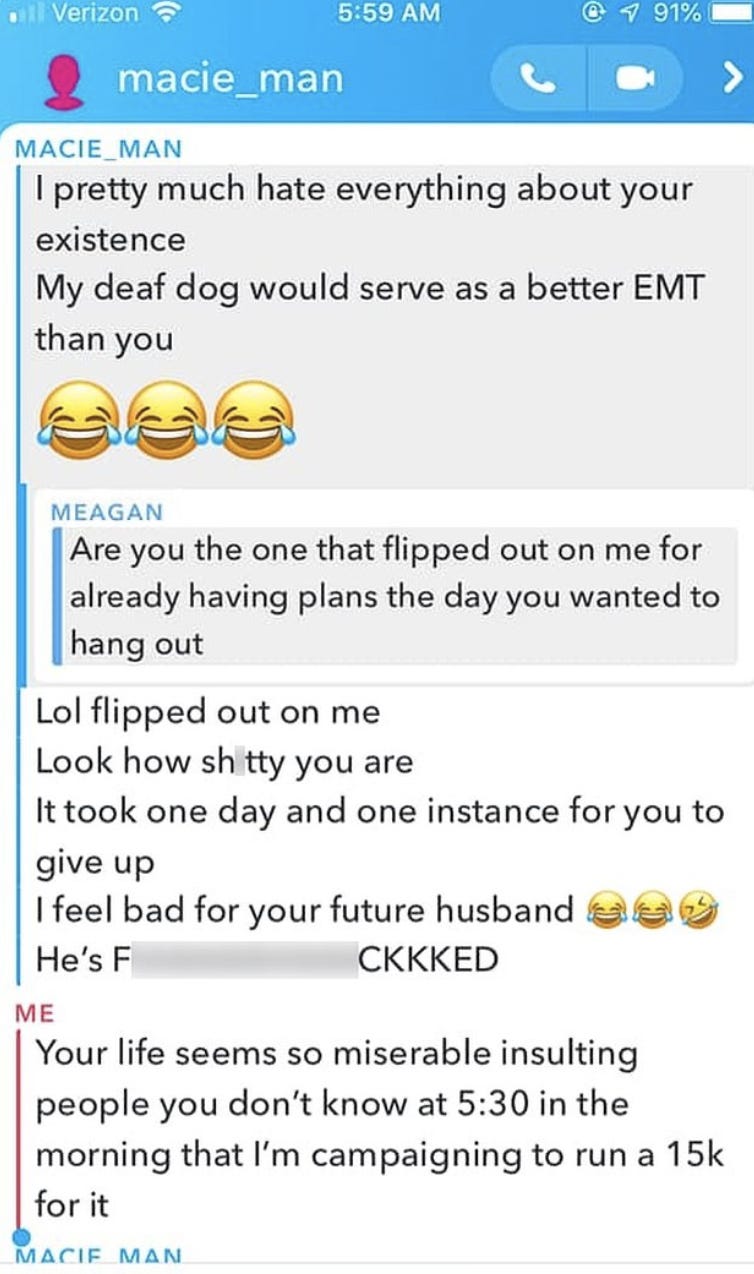 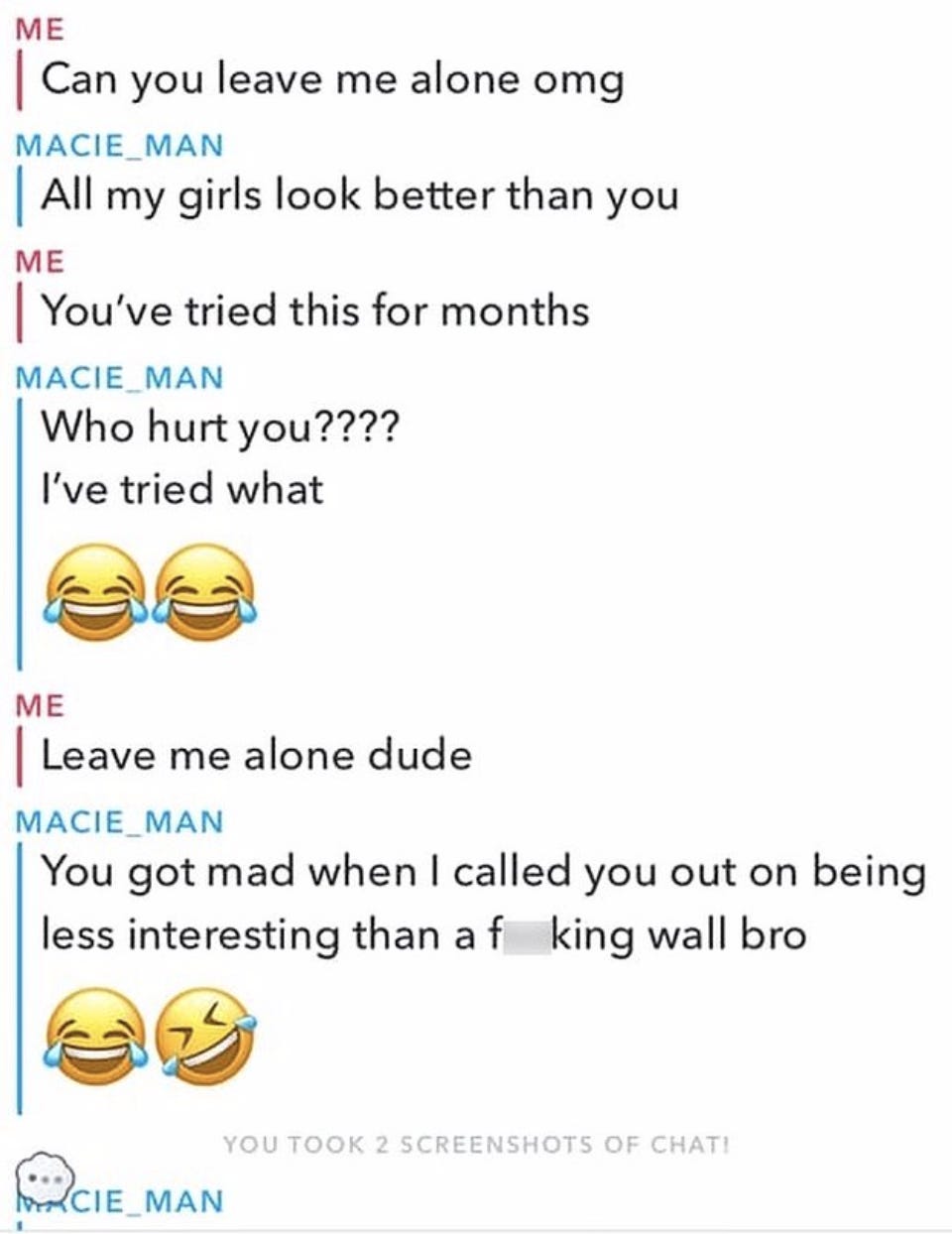 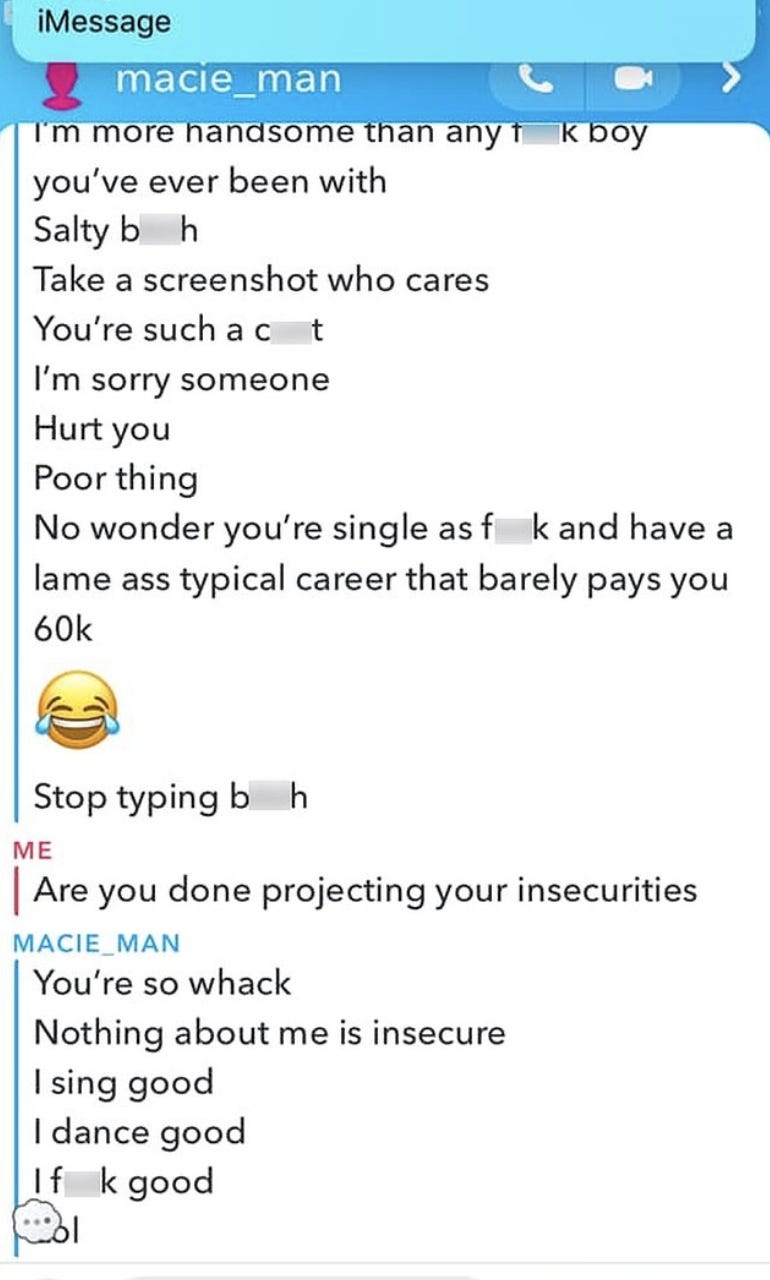 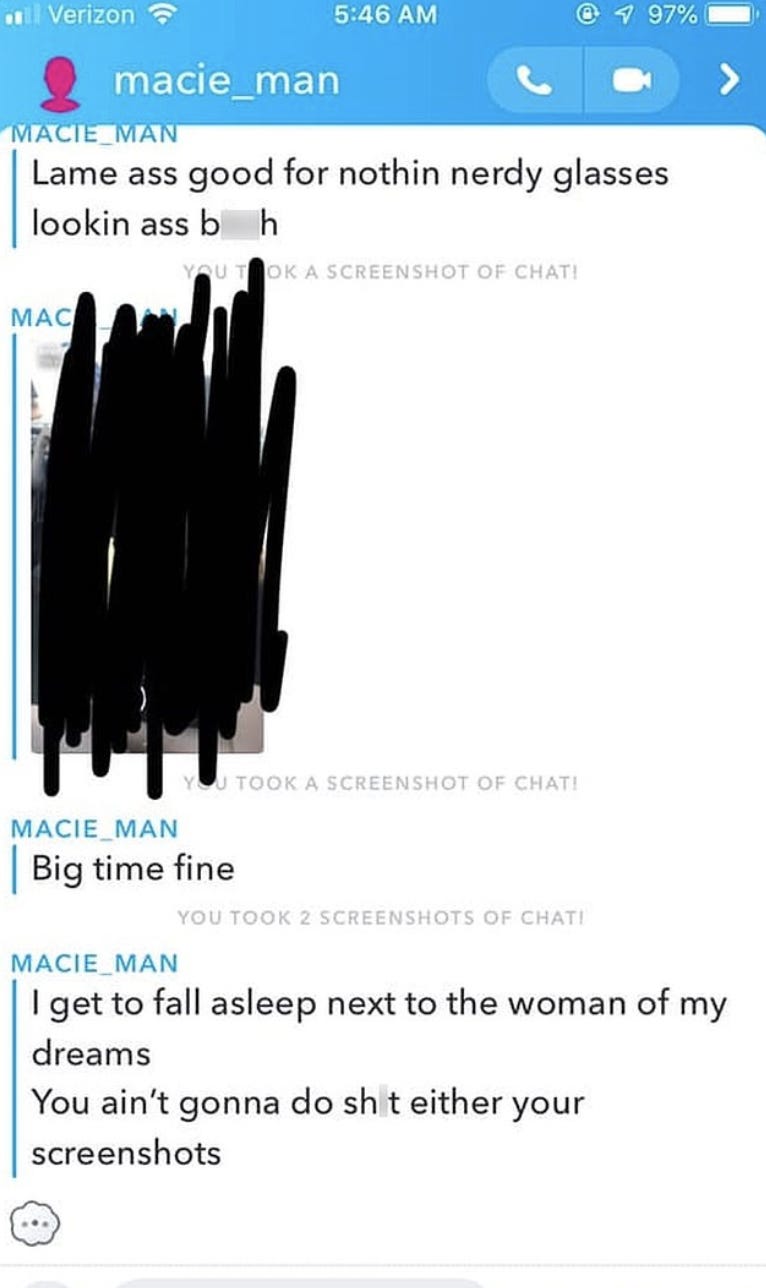 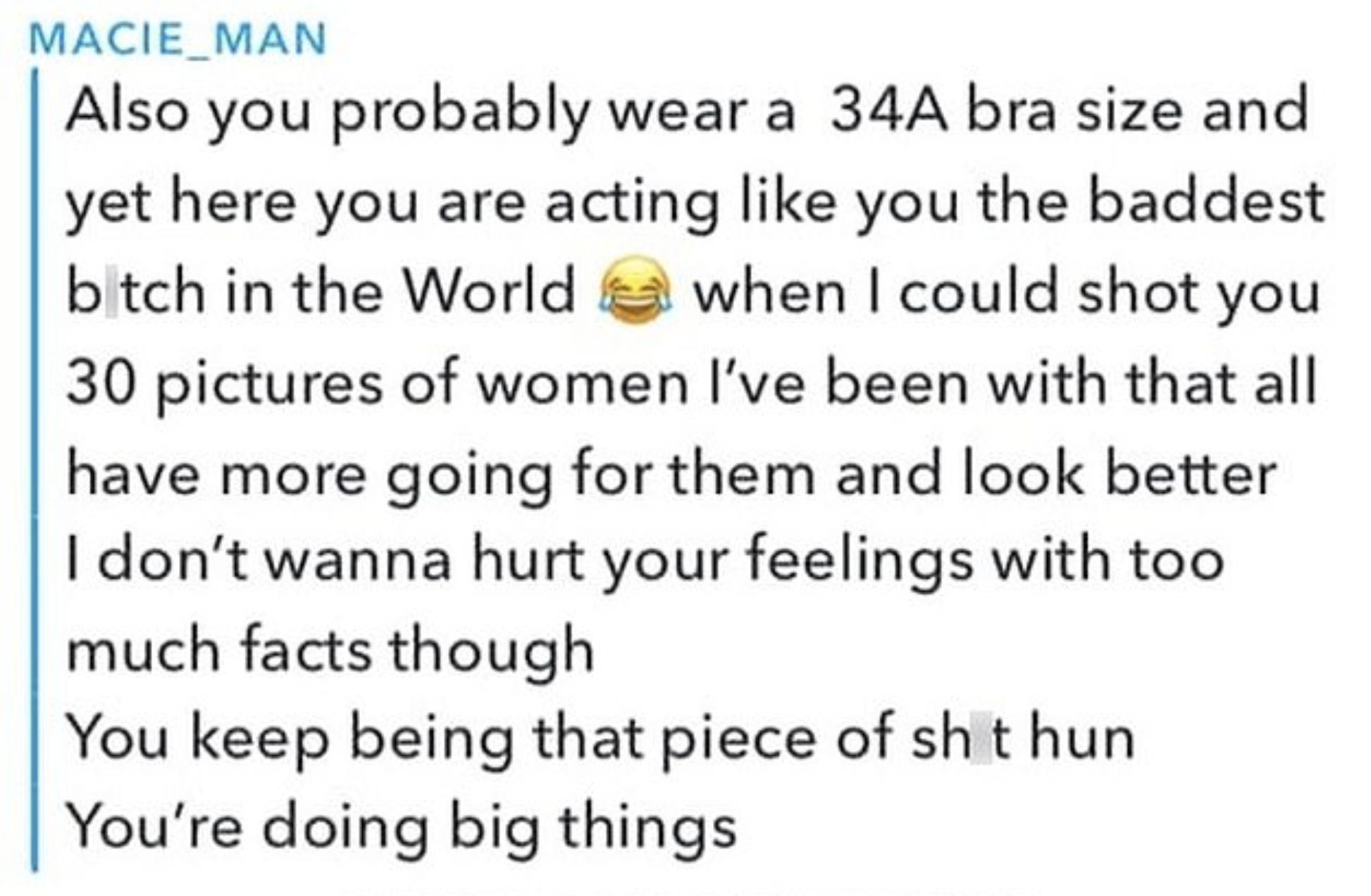 So what did Meagan do about it? Well what do you think she did? She screenshotted every message and plastered them all over the internet for the world to see: 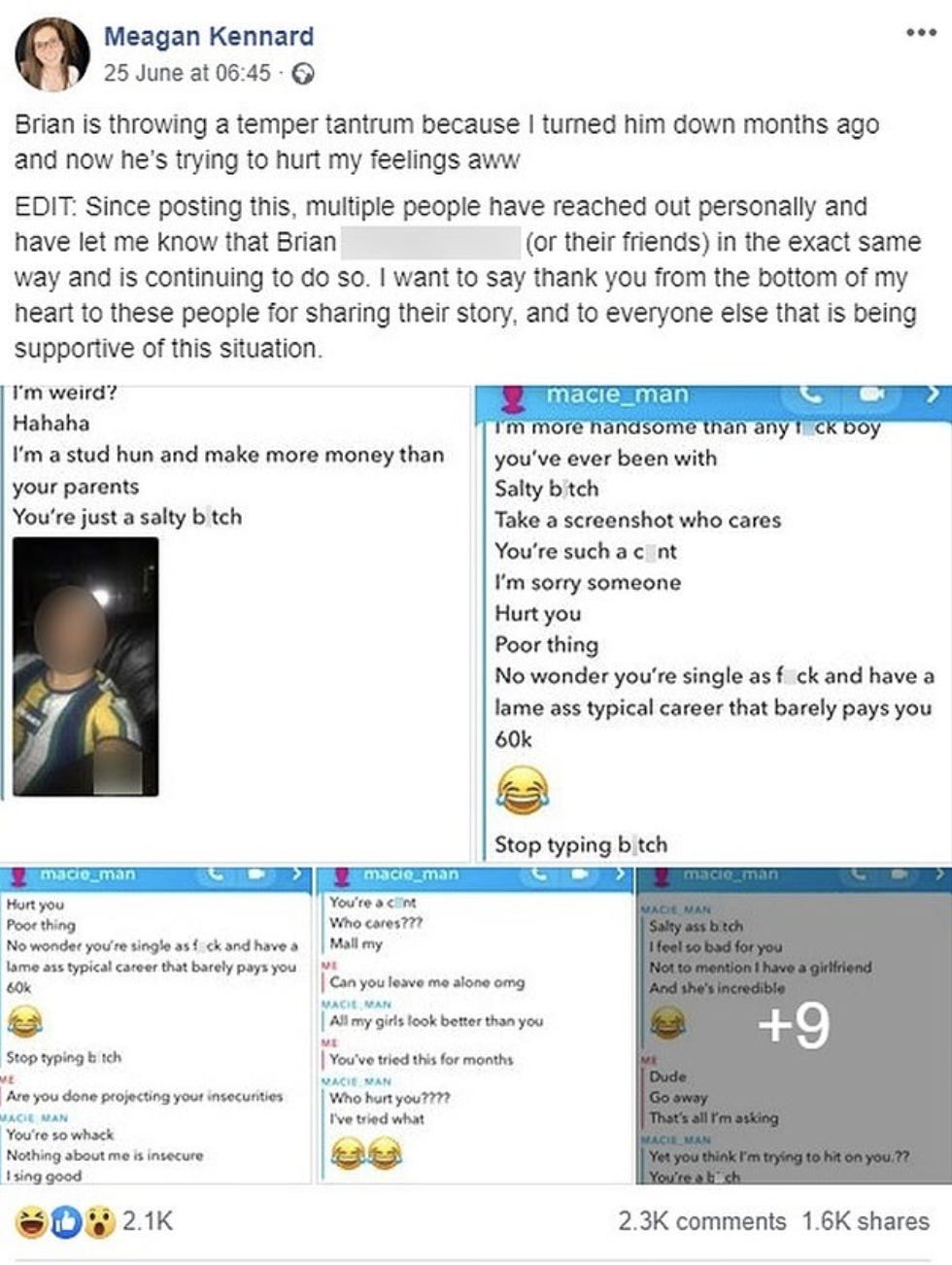 Again, what in the world was Brian thinking here? Imagine being that much of an insecure creep and weirdo, but ALSO being a total dumbass on top. That’s a dangerous combination, as Brian found out.

After realising that Meagan had shared the screenshots with the world, Brian basically turned into the Mr Krabs meme and sent her a message making all types of excuses and begging her to let him live: 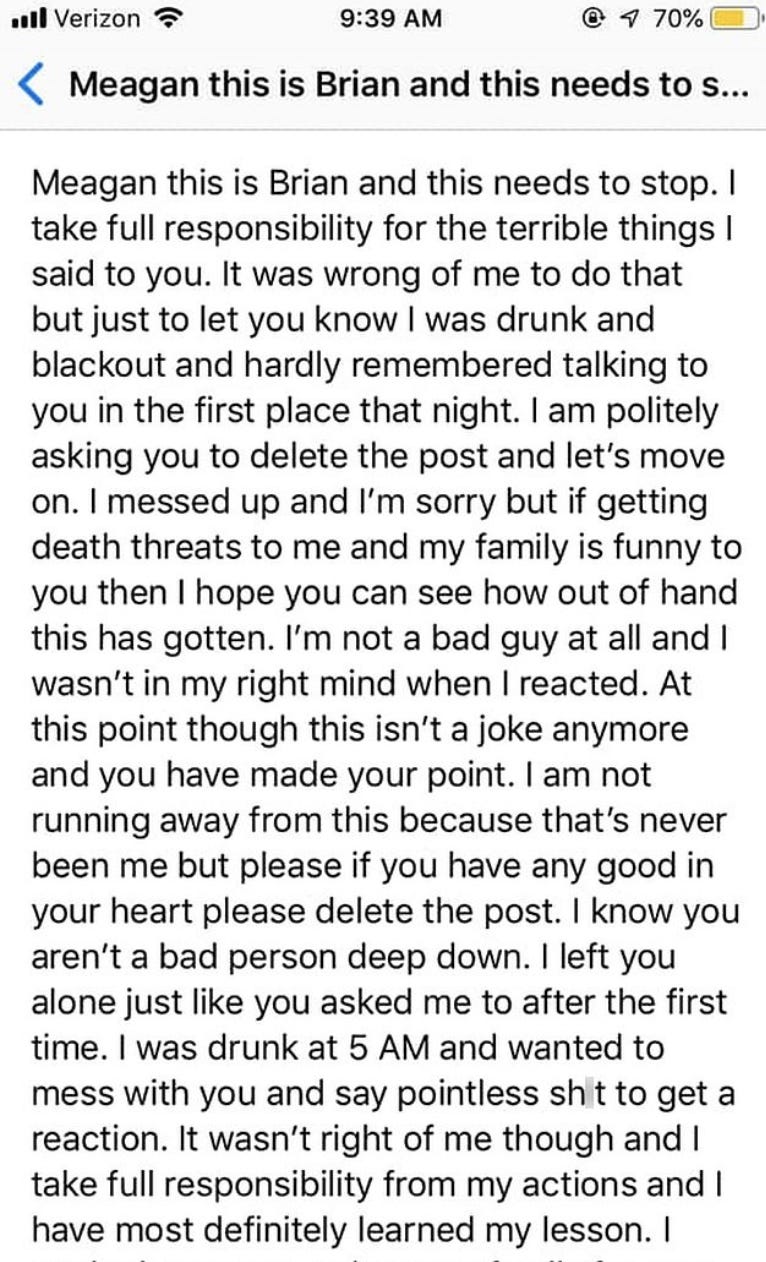 Love it. Just awesome to know that the power is 100% in Meagan’s hands and she could just carry on crushing this creep if she wanted to or delete the screenshots and spare him further abuse and embarrassment. Hopefully she keeps it up a little longer because there’s nothing quite like some good old fashioned internet vengeance.

To read about what became of the Bumble couple who got married on their first date, click HERE. It’s not good news.