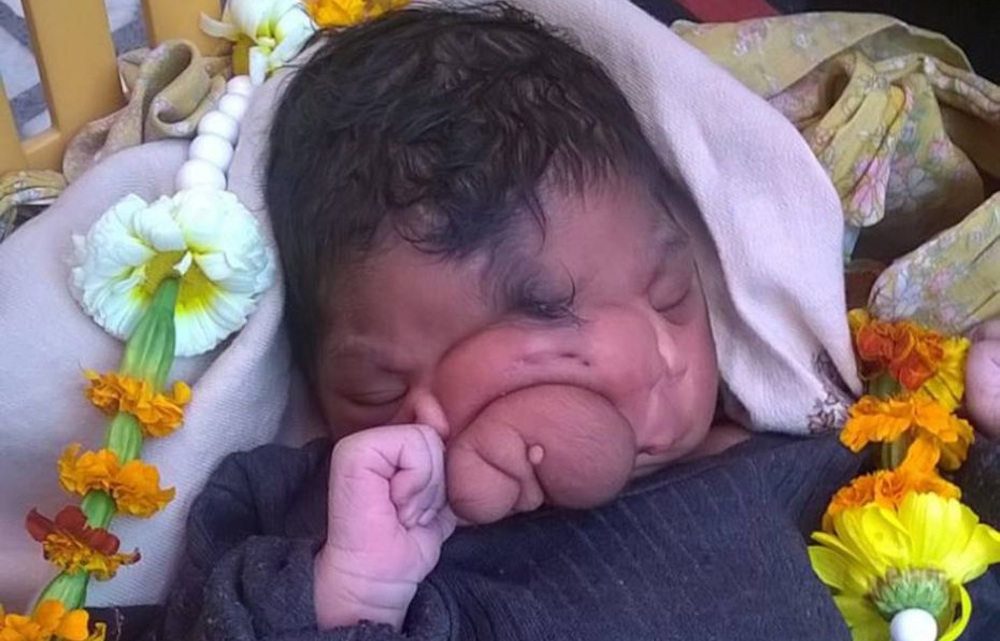 Whilst many people might think that being born with a facial deformity which looks like a massive elephant trunk in the middle of your head might be a hindrance to your quality of life, it may actually turn the life of a yet to be named girl from Uttar Pradesh and her family completely around.

That’s because people are saying that she resembles the Hindu deity Ganesha – who also has an elephant’s trunk – and is a modern day incarnation of the god. As such, people are travelling from miles around to catch a glimpse of her and make whatever offerings they can afford.

The baby was born to Rambabu Sarvesh and his wife Banna Devi. The baby’s aunt explained what had been going on: 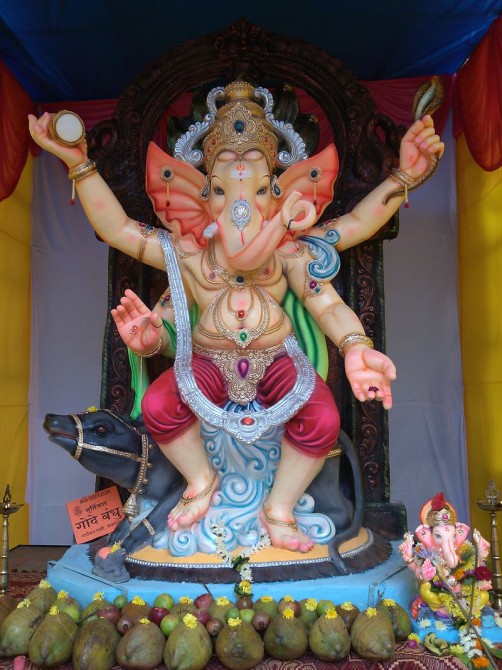 My sister-in-law gave birth to a girl at 7:00 a.m. and her face looks exactly like Lord Ganesha.

This is why whoever hears about her is coming here to get a glimpse of the baby and are making whatever offerings possible.

Mr Sarvesh – who currently earns about 250 rupees a day, the equivalent of £3.50 – has also been quoted as saying that he hopes the birth of his daughter represents a change in his family’s fortunes. This isn’t exactly the nicest thing to say about the birth of your child but hey I guess needs must over there. Doctors have moved to spoil the party by saying that by saying that the birth defect was probably caused by malnutrition.

I’m not exactly religious but if people want to believe that this girl is an incarnation of Ganesha and want to give the girl and her family offerings that will help them then I’m all for it. I just hope the dad doesn’t keep them all himself and actually uses some of them to help his daughter, because she’s going to need it by the looks of things. She shouldn’t let it get her down either – there are a bunch of celebrities who have deformities too and they still made it.