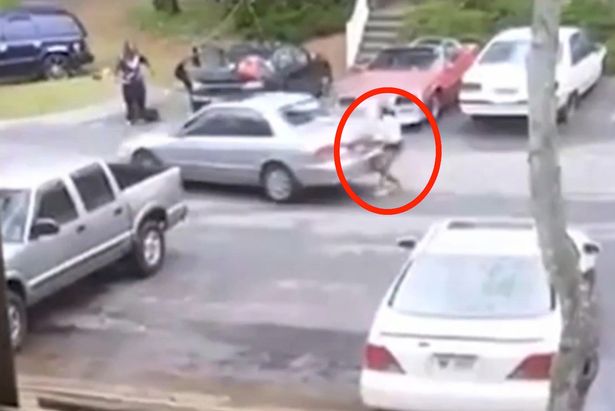 The absolutely brutal video below captures the moment a woman is run over by her cheating boyfriend’s side chick after attacking her herself.

The jilted girlfriend is screaming bloody murder and throwing shit at the woman’s car as she tries to make her getaway.

Instead of just getting the F out of there, the side girl reverses her car and full on runs the girlfriend over.

The guy filming pretty much sums it up. Laughing at the beginning as he witnesses some Jeremy Kyle style drama but then left HORRIFIED when it escalates to the next level. Holy shit.

Pro tip to everyone out there involved in a love triangle/rectangle/whatever – you never know what people are capable of. Try not to get turned into a speed bump when it all blows up.

To read about the girl who destroyed her cheating boyfriend’s entire life in one Facebook status, click HERE.