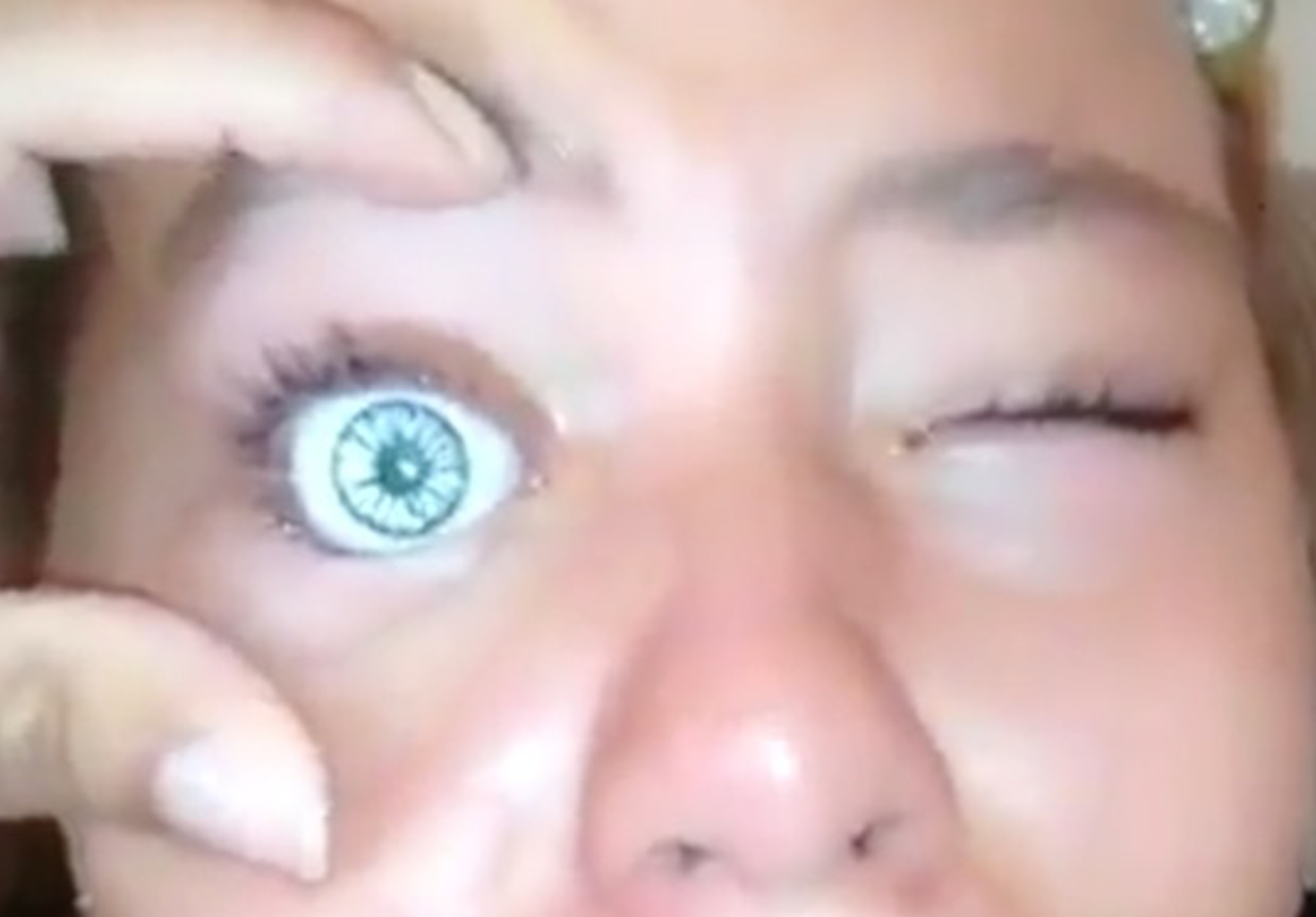 This is not how eyes work.

I’ve never really been dissatisfied with the colour of my eyes or how they look, but this apparently is actually an issue for some people out there and they’re willing to do whatever it takes in order to solve it.

Case in point, this Brazilian girl, who was so desperate for blue eyes that she plucked the ones out of her doll and popped them into her own eye socket. Not really sure how she managed to do this without crushing her own eye, but judging by how upset and in pain she is in the video below, it looks as if it was a pretty lucky escape.

This is actually a pretty upsetting video to watch, so if you’re at all squeamish I wouldn’t recommend it, seriously:

Geez. Not sure what the parent was doing by filming her take it out, but I suppose she wanted to educate people as to how stupid it is to put a doll’s eye in your own eye socket. Or at least that’s what she’s going to say when the video goes viral and she gets called out about it. Classic excuse.