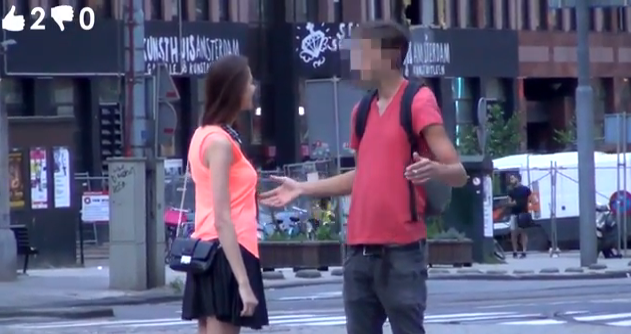 Guess what her success rate is?

Following on from the phenomenally popular video we featured on the site a couple of weeks ago where a guy asked 200 girls for sex all around Europe, the same video channel has devised a sequel where a girl ask a bunch of European guys if they want to have sex with her to show that they’re all equal opportunities/equal rights or what have you. It is 2014 you know.

Unsurprisingly, the results are a lot different – whereas the guy asked 200 girls and had a 1% success rate, this babe asks 10 guys and has a 90% success rate, although she does have to do a bit of work convincing them all that she isn’t a prostitute. Predictably, the one guy who said no had a pretty good excuse because he was actually working as what looks like a hotel doorman or maybe the bouncer of a club that nobody is going into.