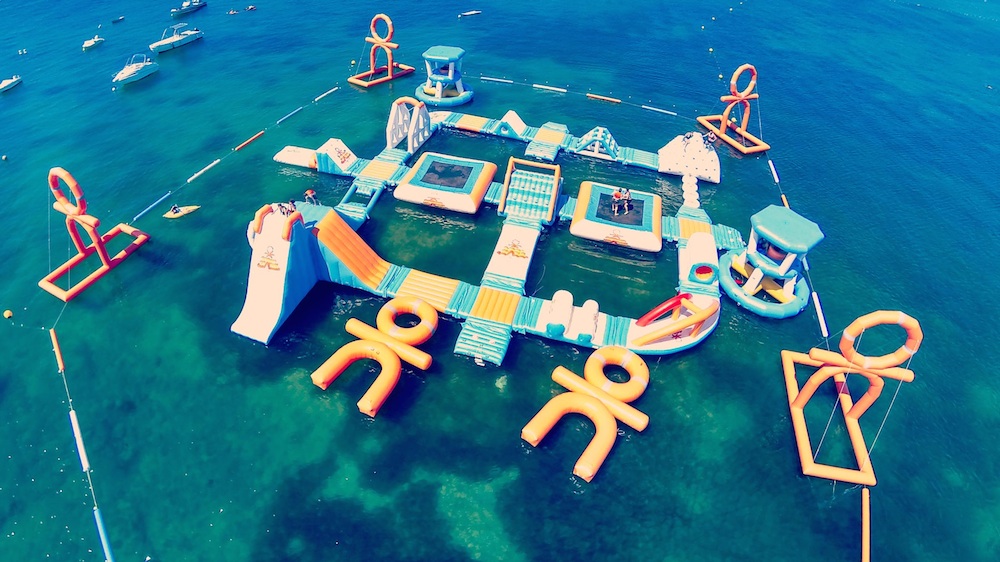 A lot of people will be heading to Ibizia this summer to party hard, do pills all night and dance as hard as they can, but there’s now a new attraction that you can check out during the day rather than just lounging on the beach or by your swimming pool trying to deal with one of the eight different types of comedown you’re facing and trying to get ready to do it all again that night.

That attraction is called Ocean Mania and it’s pretty much a gigantic inflatable bouncy castle off the coast of the island. It’s probably more accurate to describe it as an inflatable assault course, but it’s more fun to think of it as a gigantic bouncy castle. Either way, whatever it actually is it looks completely awesome and is something I would definitely want to try out if I ever found myself in Ibiza. To be honest it’s probably more of a reason for me to go to Ibiza then raving all night.

The only complaint I might have about Ocean Mania is that there’s no inflatable gay best friend as part of it – that isn’t really that bad though because you can always pick up one of those from Tesco.