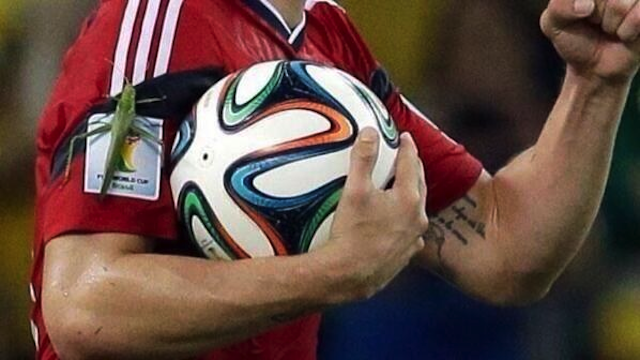 James Rodriguez has totally nailed the World Cup, and even managed to do it whilst being distracted by a giant insect.

James Rodriguez has lit up the World Cup despite Colombia losing on Friday, and he’s probably a shoe in for the Golden Boot unless Messi or Thomas Muller do something really special in the next couple of games.

However, how many people noticed that when he took the penalty against Brazil on Friday that some kind of weirdass giant insect had landed on his arm? Apparently it was some kind of giant cricket called an esperanza (WTF Evolution?), but that didn’t faze him as he cooly rolled the ball to Julio Cesar’s right after sending the keeper the wrong way.

The insect then remained on his arm whilst he celebrated with a fist pump, and carried the ball back to the centre spot before presumably flying off somewhere. Truly terrifying – it’s probably safe to say that James Rodriguez didn’t notice it before he took the penalty because if he did it would definitely have scared the shit out of him and affected his technique. Definitely the most WTF moment of the World Cup so far. 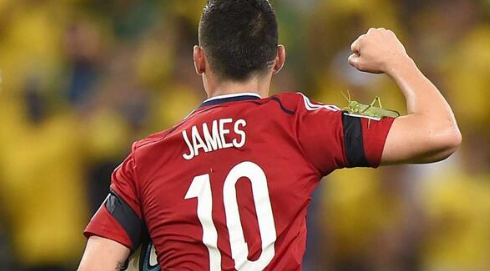 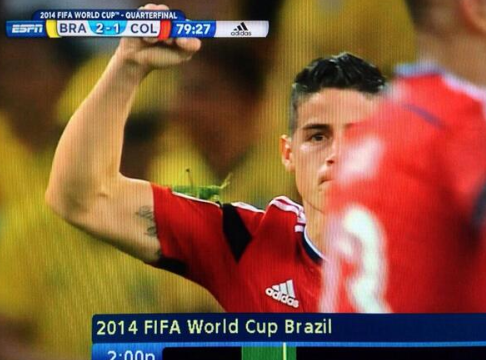 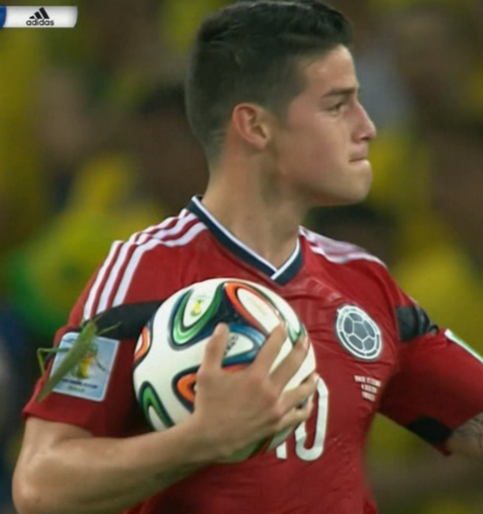