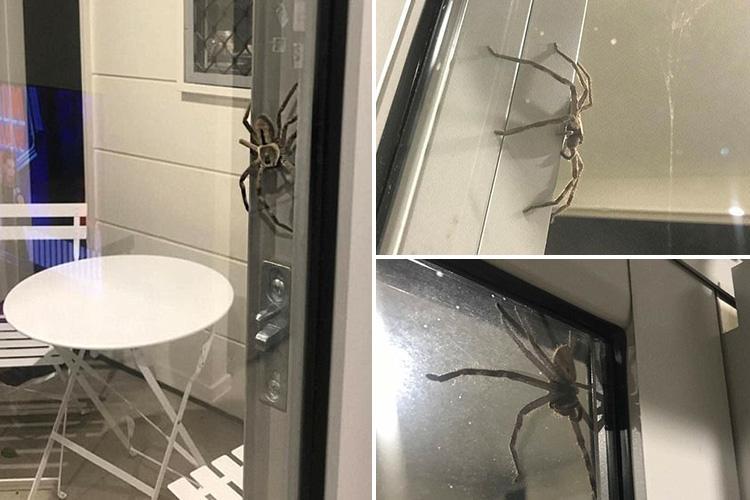 A gigantic huntsman spider left an Australian couple absolutely terrified after they spotted it on the loose in their home.

Lauren Ansell from Mount Coolum in Queensland said she was in shock after coming across the beast, which the couple nicknamed ‘Aragog’ after the giant spider from Harry Potter. Lauren said that the spider was preventing them from using their barbecue:

We made it unhappy as we tried to move it so we could cook.

My boyfriend tried to squish it in the door but the spider was smart.

The door only claimed two of its legs and it dropped and ran into the garden.

It’s in the garden and we haven’t seen it since.

It’s massive and was mean, but it’s alive and we didn’t want to kill it.

Man, I would not want to be those guys right now. That thing is just sitting and biding its time before the moment it can finally get its revenge for breaking off two of its legs. You never want to piss off a huntsman spider – those things are massive and venomous. Hopefully these two are quick enough to fend off the beast when it launches into its second attack.