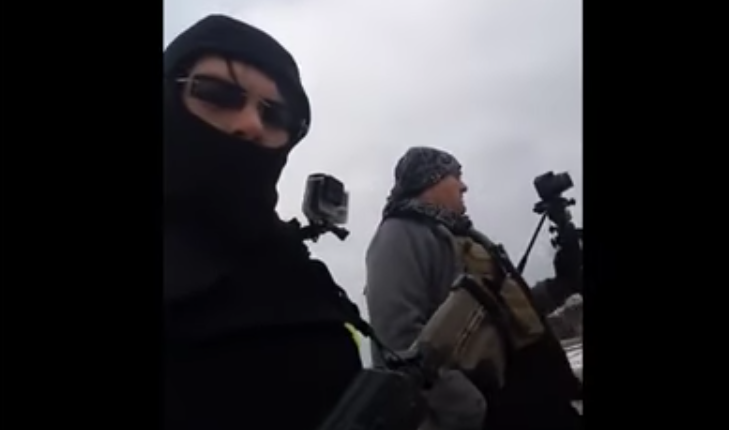 What a pair of dumbasses.

The story goes that these two guys over in Detroit, Michigan were pulled over a few hours before filming this video and were made to feel “afraid for (their) lives” by the officers on duty.

So what did they do about it? Well they put on some ski masks, grabbed their machine guns and headed down to the police station to make a complaint.

Here’s how that turned out for them:

So the moral of the story is don’t walk into a police station with a gun while your face is covered up thinking you’re going to make some kind of groundbreaking statement on YouTube. It’s very possible you’ll end up face-down on the ground with guns pointed at you, crapping your pants while being aggressively yelled at. It might just be because I’m a normal, rational-thinking human being who doesn’t want get shot/thrown in jail, but that’s my advice.

P.S. You don’t want to walk into a police station, strip naked and light a joint either. Just in case there was any doubt.