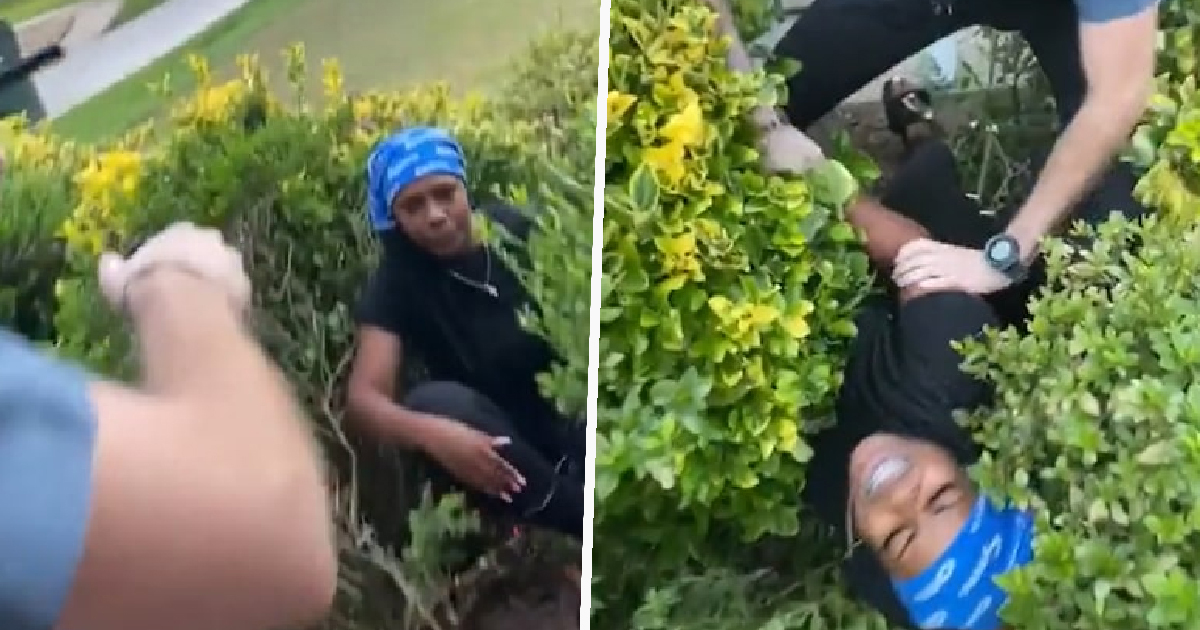 It’s been a couple of weeks since an American cop has done something so bad that it’s made international news, but thankfully a guy called Michael Oxford from the White Gwinnett County police in Georgia has decided to taser a woman on her own porch for interrupting him so we’re back to our regular scheduled programming.

The video shows a cop violently arresting Kyndesia Smith on her own porch. He says that she’s under arrest and it doesn’t really look as though she’s resisting, but he still throws her to the ground and tasers her in a particularly uncomfortable video. In fairness, we don’t see what has happened before the video starts, but I still find it hard to believe that the woman could really have done anything that warranted this reaction from the police. That’s just what it’s (still) like over there though.

Check out the incident in the TikToks below:

Geez that escalated quickly didn’t it? I get that Smith was being a bit aggy but AGAIN I think police should be trained in how to de-ecalate situations like that rather than turn them into a warzone almost instantly. The whole system is messed up.

The best part about all this is that Oxford was only there because a nuisance called had dialled 911 and told the police that everyone at Smith’s house was making a racket. He won’t ever there to investigate and when all the guests started saying he shouldn’t be there and telling him to go away, he decided to react like this. What an asshole.

Oxford has at least been placed on administrative leave whilst the incident is ‘investigated’, but given the state of the US police force I doubt anything meaningful will actually happen to him. Smith was charged with obstructing law enforcement and battery of an officer after Oxford said that he kicked her a few times in the back of the police car. Dread to think what will happen to her.

For more of the same, check out this supercut of some of the police brutality up in America from the last few weeks. Insane.