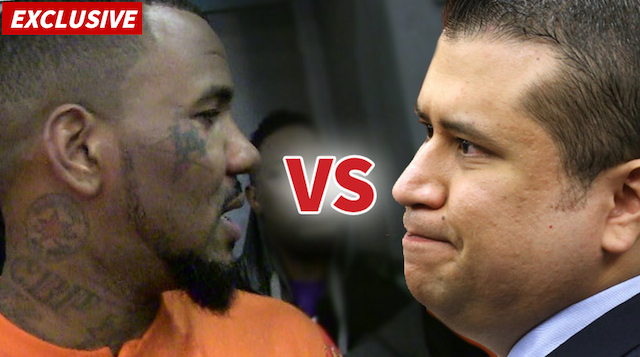 George Zimmerman, the guy who killed Trayvon Martin, has signed up for a celebrity boxing match and rapper The Game wants to be his opponent.

George Zimmerman, the guy who killed Trayvon Martin, has signed up for a celebrity boxing match as though he’s some kind of out-of-work actor or pop star from the 90s or something. Guy is literally now considered a ‘celebrity’ for killing a kid – only in America.

Interestingly, gangster rapper The Game has thrown his name into the hat as a potential opponent at the March 1st event. “I will beat the fuck out of him”, he said. “I’d be boxing for the legacy of Trayvon Martin and for his family. I would definitely take pleasure in it. It’s legal, and I want to show him you can solve your disputes without a weapon.”

The Game is a great choice, I think. Sign him up. He’s 6’5” and 240lbs of muscle and will possibly literally try and murder Zimmerman. If not The Game then some other big, black rapper will do just fine. Definitely need some heavy racial tension in this one considering why Zimmerman is a ‘celebrity’ in the first place. 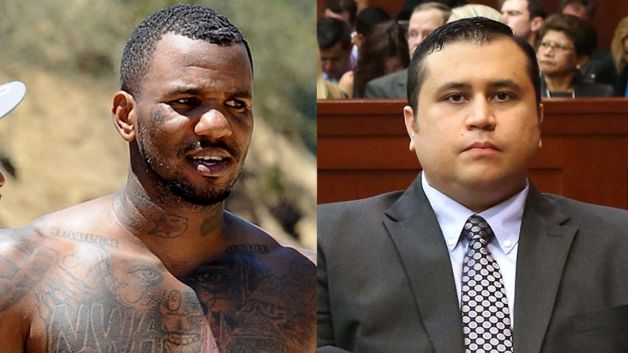