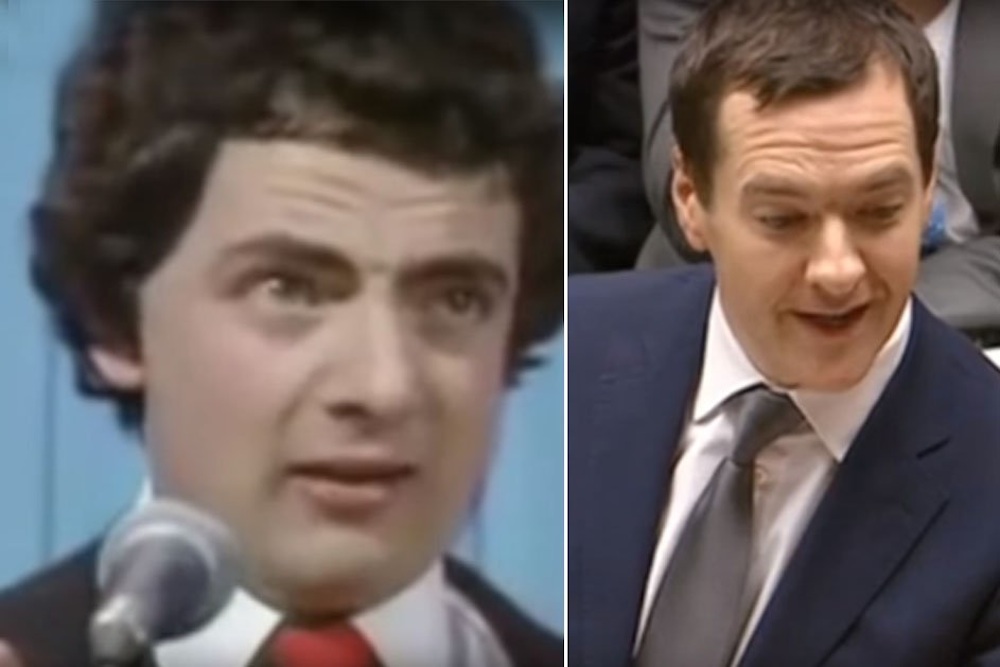 Life imitating art, but in all the wrong ways.

George Osborne has been accused of ripping off a Rowan Atkinson Tory parody in one of his recent speeches.

Although the speech originally was made in December, some dude noticed that it had the exact same sentiment as a Rowan Atkinson skit from an old episode of Not The Nine O Clock News. The two speeches talk about immigrants and their ability to make curry, and how now that we’ve got the recipe we might as well send all the Indian immigrants back home and just train English people to make curries instead.

You’ve really got to see this to believe it.

Wow. Words fail me. I suppose it’s possible that Osborne had seen this and was making a joke by imitating it, but unfortunately I don’t honesty think that’s the case, do you?

Instead, it really does highlight how the Tories have descended into a caricature of themselves in recent years. I suppose we’ve only got ourselves to blame for leaving them in power though haven’t we? So it goes.

At least we can all laugh at David Cameron eating a hot dog with a knife and fork whenever we get down about stuff like this.