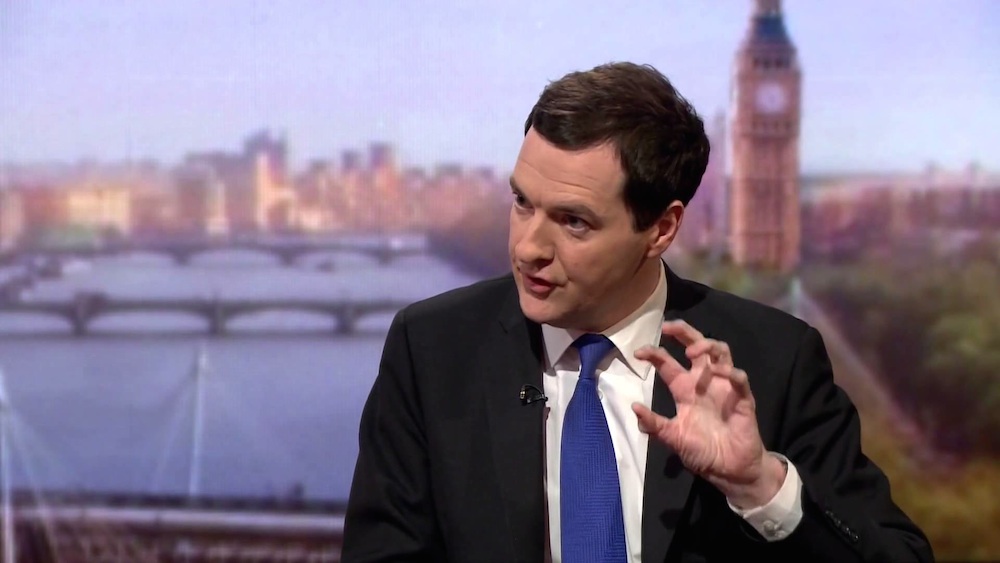 As the country goes into election overdrive, George Osborne was a guest on Andrew Marr’s show yesterday where he discussed some of the polices that the Conservatives are hoping to implement if they retain their seats of power in the country.

However, he unfortunately didn’t have an answer for every one of Marr’s questions – even after one was repeated 18 times. Marr was asking Osborne where the £8 billion promised to be spent on the NHS would come from if the Tories were voted into power. Every time he was straight up asked this he managed to dodge the question, instead turning the focus back onto issues such as the Tories’ ‘balanced plan’, giving working people more of what they earn and the need to eliminate the budget deficit.

Of course, this left Marr feeling pretty exasperated, despite his multiple attempts to get to the bottom of the question and getting absolutely nowhere, and just made Osborne look like he doesn’t have a clue how to manage the economy despite this pretty much being his one and only job. Smooth. If only he could pull out the incredible campaign promise associated with Labour – if they’re voted into power, Katie Hopkins is stating that she’ll leave the country.