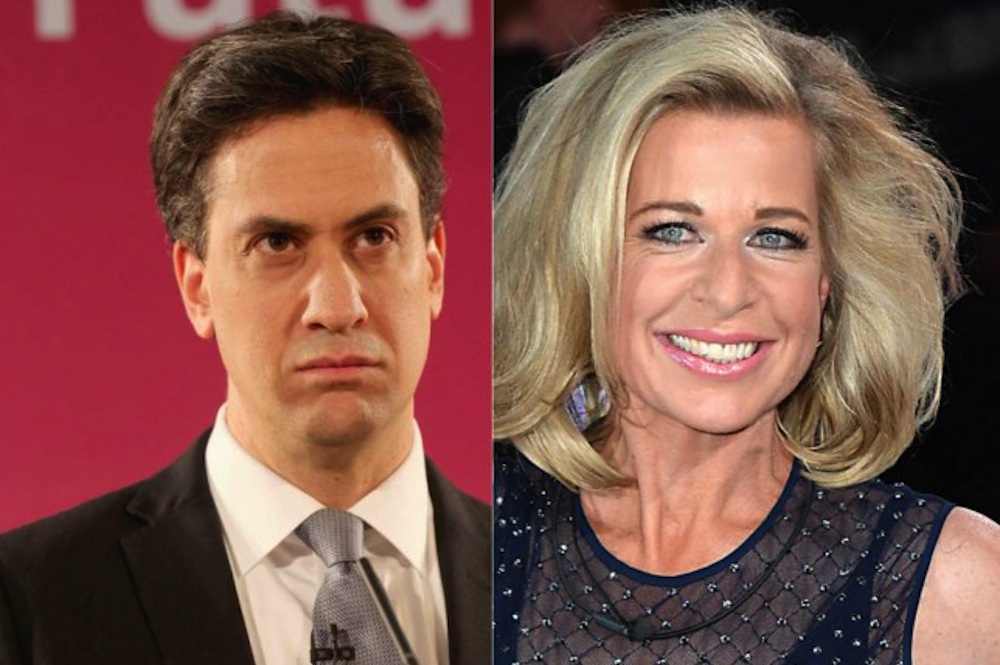 In what is surely guaranteed to ensure a landslide victory for Labour in the upcoming election, Katie Hopkins took to Twitter last night during the televised debate to state that she would leave the UK if Ed Miliband was voted into power. Here’s the tweet:

If this man is Prime Minister I will leave the UK. This man is not Great Britain. This is Russell Brand in a chuffing suit #Battle4Number10

Although this was obviously meant as a dig at the Prime Ministerial candidate, obviously everyone took it a lot more literally, with several thousands of people instantly deciding that they would vote Labour solely based on this statement. Many offered to help Hopkins pack and give her lifts to the airport too. It’s surprising she didn’t realise this would happen considering how massively she got trolled during her Q & A session recently.

Although I’m sure everyone would be stoked to have Hopkins out of the country, the fact of the matter is that she annoys us most of the time through social media and print and the occasional television interview, so chances are her presence wouldn’t actually be diminished if she left. So maybe think twice before voting Labour solely on this promise. You also have to remember that most campaign promises are usually broken once the campaigner is elected, so she might not even leave anyway.

Katie herself seems confident that she won’t be leaving judging by the below tweet too.

Thank you for your kind offers of lifts to the airport. I won't be needing one. Ed is Marvin the Paranoid Android #Battle4Number10

You have to admit though, this is a great pledge to run on and has probably got more people in the country interested in politics than they have been for a long time. It might even have been some kind of deal between Ed and Katie, who knows?

In any case, anything that encourages people to vote and get involved with the country is A-OK in my book.