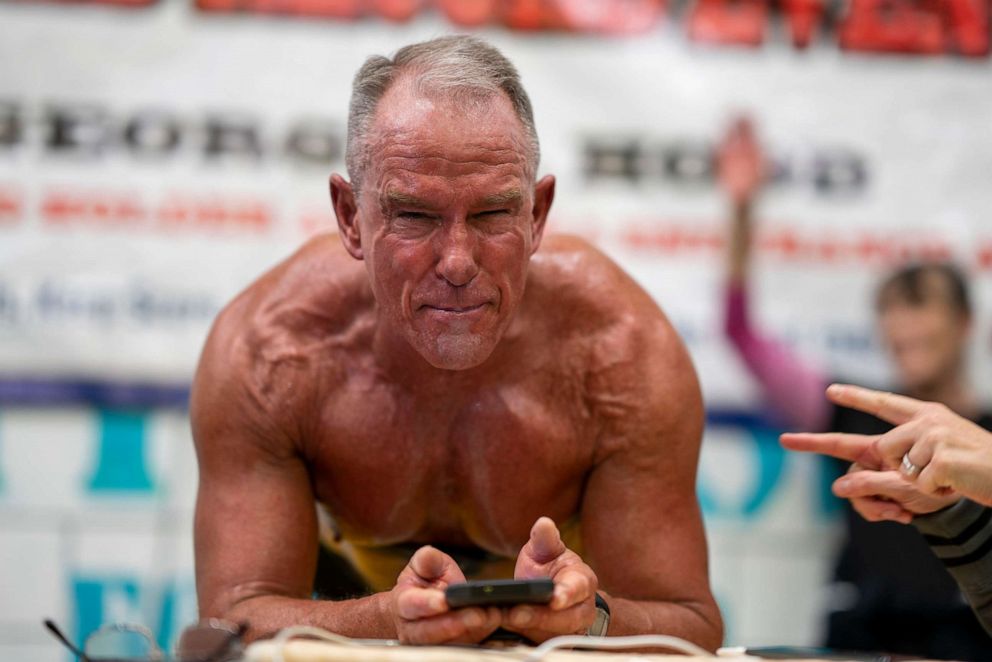 Remember when you thought 62 was old?

9 years later at a sprightly 62 years of age, he’s reclaimed the record with 8 hours, 15 minutes and 15 seconds.

Remember when you thought 62 was old? Looks like old George here is stronger, tougher and overall just better than you. He’s definitely better at planking, that’s for sure. He planked 7 times longer at 62 than he did when he initially set the world record at 53.

In fact, according to USA Today George Hood celebrated his world record 8 hour plank by doing… 75 pushups. What a guy.

“I’ve taken the plank as far as I can take it,” Hood told USA TODAY on Saturday.

The grueling session burned an estimated 4,252 calories. “Hood has trained nearly seven hours a day for the past 18 months, which included, but was certainly not limited to, approximately 2,100 hours of plank time, 270,000 pushups and nearly 674,000 sit-ups,” a release says.

Surprised he didn’t burn more calories to be honest. Now who the hell is going to surpass George’s ridiculous standards for the next planking world record? At 8 hours he’s probably going to be the best in the world for a long time if you ask me.

P.S Big week for the number 8 – we also had the story of the man who had to crawl 8 hours with a broken leg to get phone service. Some people just do not quit.