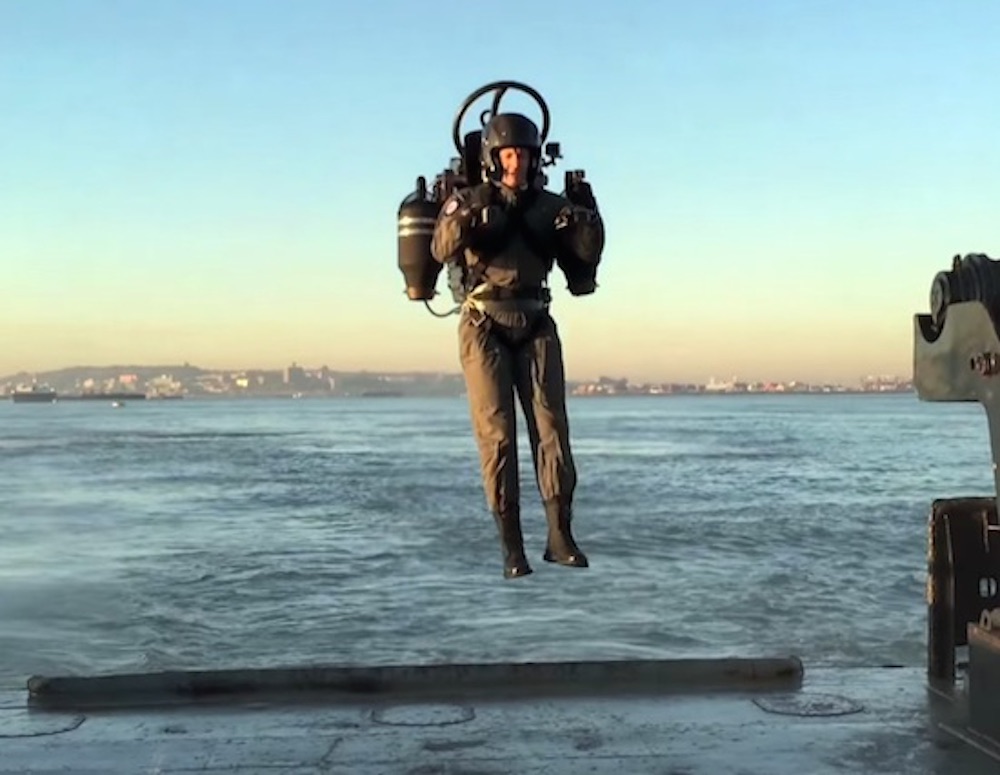 It seems like all the impossible future technology we dreamed of as a kid is finally being invented.

If you know your movies then you might remember the superhero The Rocketeer. I remember enjoying the movie but thinking that his superpower – the fact that he owned a jetpack – was pretty lame in the grand scheme of things.

Having said that though, the fact is that most superpowers don’t exist whereas owning a jetpack is actually a reality in 2015 thanks to Jetpack Aviation and it looks absolutely dope in this video where a guy flies around New York City and the Statue Of Liberty using one.

Jetpack Aviation are claiming that this is the world’s only true jetpack as it’s the only one that’s actually using jet turbines for propulsion rather than its rivals which use gasoline powered ducted fans. This means that’s it’s remarkably lighter and it would be easy for the user to jog down the road wearing one before he took off, which sounds like the kind of version of a jetpack you would want.

The company is also claiming that the next version of the pack – the JB-9, should be able to reach heights of 10,000 feet and speeds of 100mph for about 10 minutes of running time. Sure, that isn’t a long time but this is new technology so baby steps right? Given how fast things develop these days, we’ll probably be seeing people flying around in these things on the regs by 2025, you mark my words.

With this and the world’s first actual hover board appearing this year, it’s probably not going to be too long until all the impossible technology we dreamed of seeing when we were kids is actually available for us to own. It’s great to be alive.