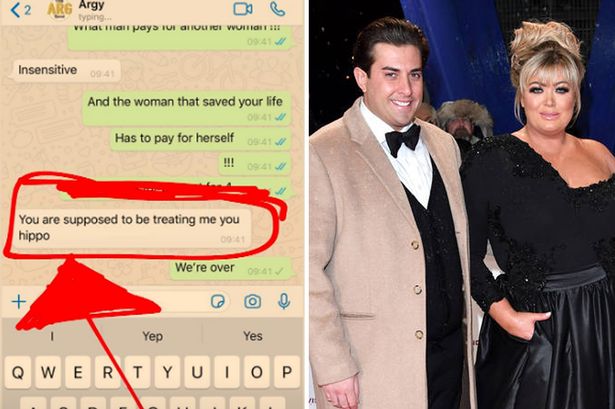 James Argent is one ruthless mofo.

Last year, we shared footage of James Argent ruthlessly fat-shaming girlfriend Gemma Collins as he filmed her while she slept, calling her a ‘fat joke of a woman’ and saying she had ‘more rolls than Greggs’.

Well fast forward to a year later and it looks like their on/off relationship is now off again, and Gemma Collins has shared the reason why – Arg fat-shaming her again over text message. Shocker!

Gemma posted the messages onto her IG story in which they appear to be arguing over Arg taking another woman out to dinner and not her: 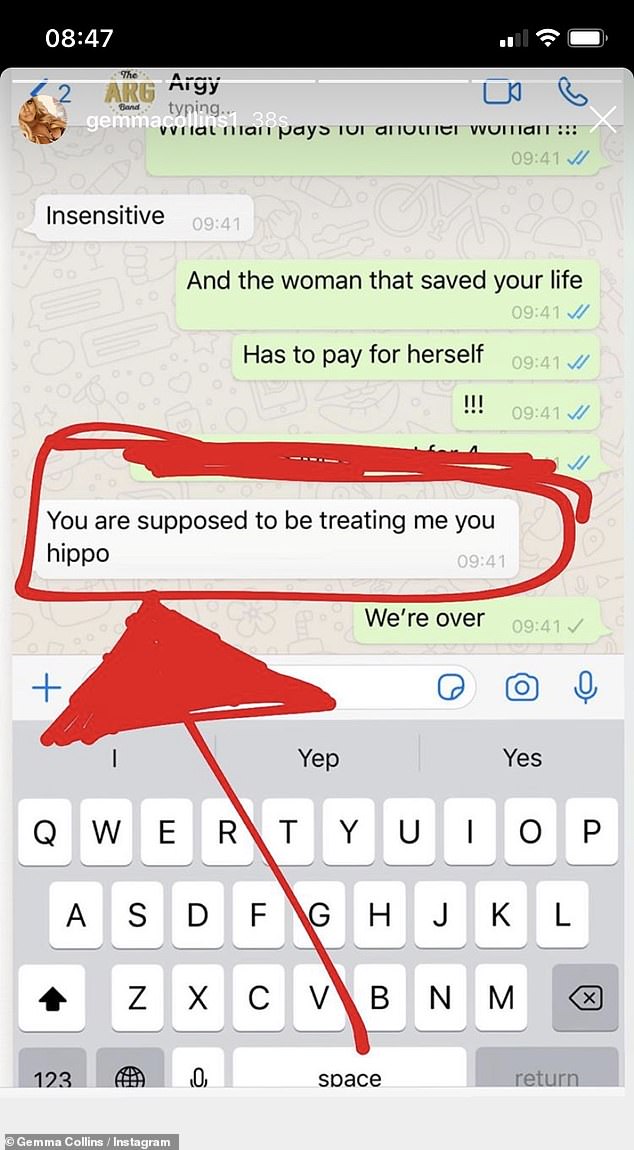 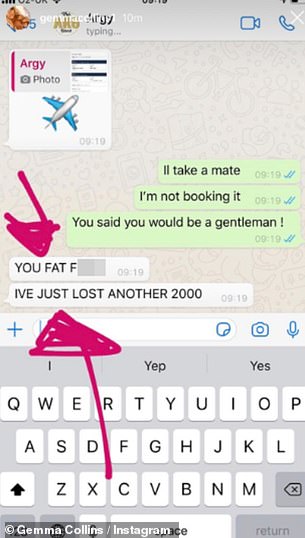 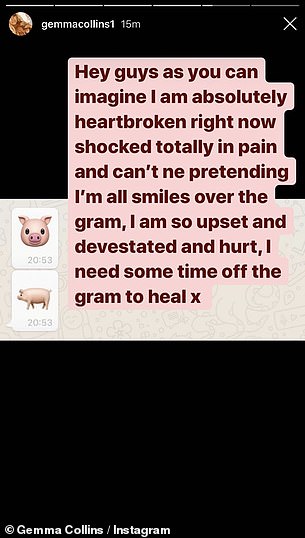 Blimey Arg, that is some cold, cold stuff! Talk about a toxic relationship. Obviously we haven’t heard Arg’s side of the story here but I’m not really sure what he could add that would make his behaviour any less cruel and unnecessary. Especially considering he’s not exactly Mr. Slim himself.

Also how does he not realise that Gemma Collins is going to screenshot his messages and share them with the world every time? They’ve been dating for pretty much the last 10 years. You’d think they’d both know how it goes by now and that they’re probably better off without each other. Or maybe this is just the sort of drama they need to stay relevant? Makes you wonder.

Oh well it’s not all bad news for Gemma. She’s still got that £1 million sex tape to flog.