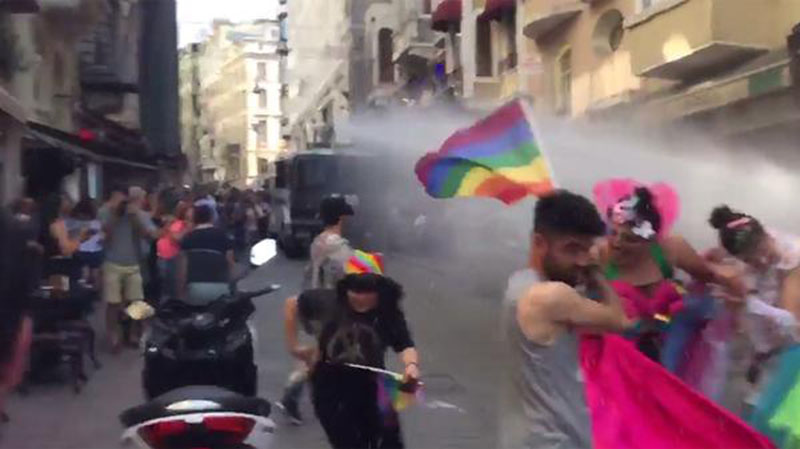 Now that’s what you call a facial.

Over in Turkey, those in power are not quite as accepting of the news that the US has legalised same sex marriage nationwide, and it certainly doesn’t look like the Turkish police are happy with protesters celebrating the fact.

From the streets of Istanbul:

this is hard to watch.
The U.S. might have taken a step forward but the world has a long ways to go.#IstanbulPridepic.twitter.com/2lLGjhOIxt

Have to say, that guy could have so easily avoided that. The rest of his LGBT crew got out of there in a hurry but he just stood there waving his flag and waiting for the cannon to get perfect aim on him. I guess he didn’t really think one of those things could send him back flipping down the street like that.

This Tweet/photo was pretty awesome though – the police inadvertently creating rainbow with their water cannons:

I wonder if there were any dildo-covered ISIS flags in attendance? Maybe CNN knows.