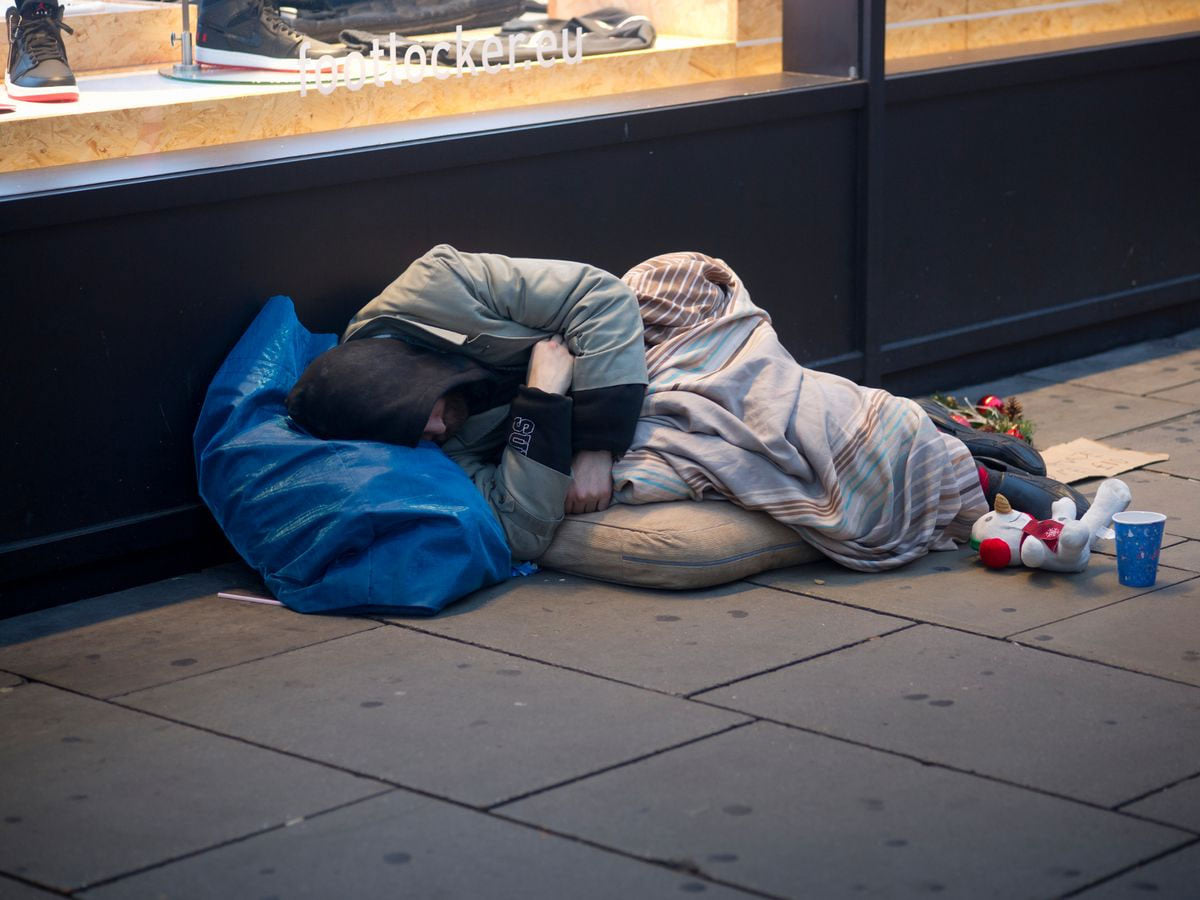 In the age of social media, it’s very important for brands to offer something out of the ordinary to enable their customer base to engage with them so they stay relevant, but this often sadly leads to some very poorly thought out campaigns from them as well and the latest one of these belong to a Gateshead Motor Trader called LINGsCARS.

From what I can tell from their Facebook page, LINGsCARS has previously put out a bunch of enjoyable content that their customer base has enjoyed and engaged with, but that’s all ended today after they’ve posted what they’ve described as a ’10 Ways To Successfully Be Homeless’. If you’ve got any sense about you, then you’ll probably realise that this is an absolutely terrible idea but the reality is that it’s even worse than you can imagine when you read it.

Take a look below (have added screenshots below in anticipation of him deleting the original post as it’s already kicking off): 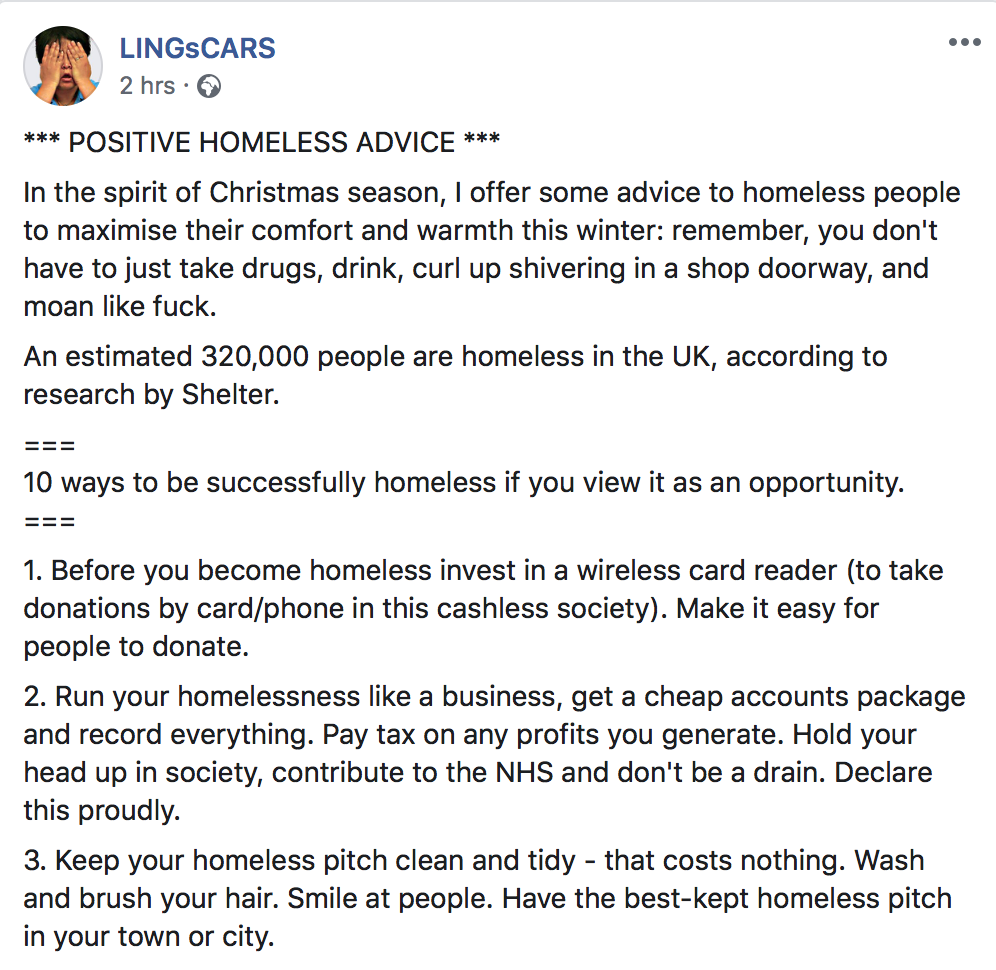 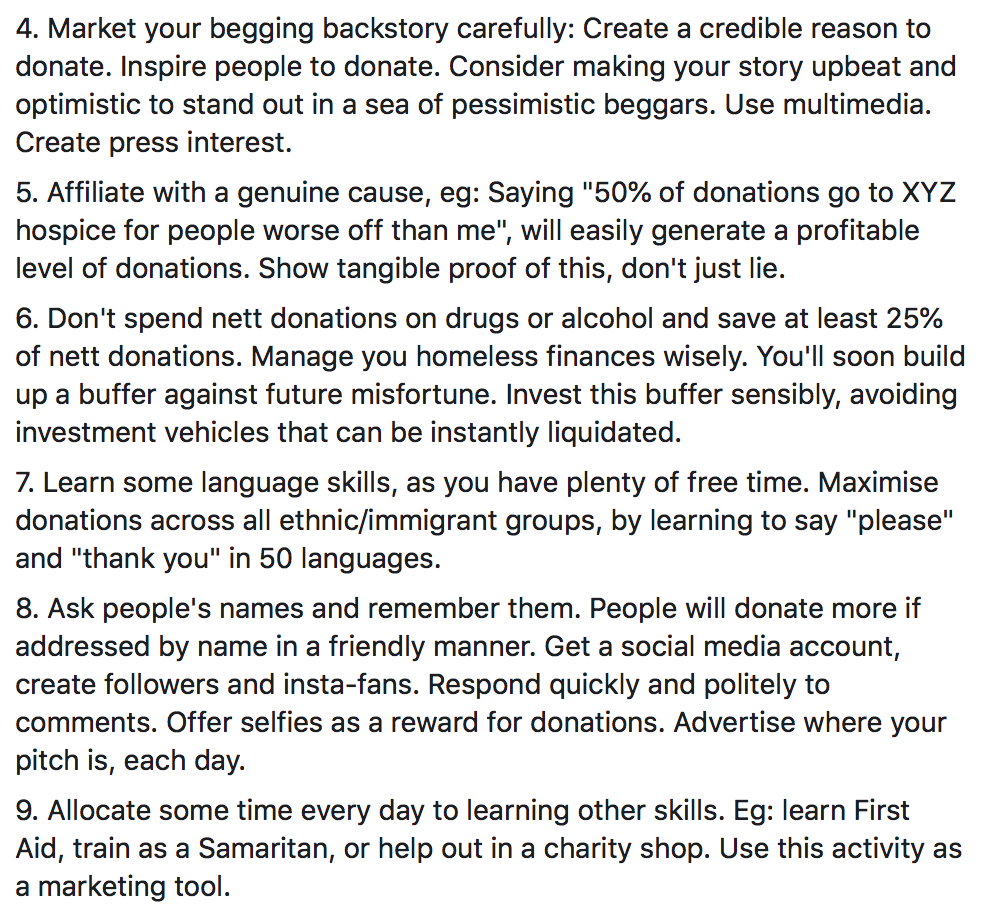 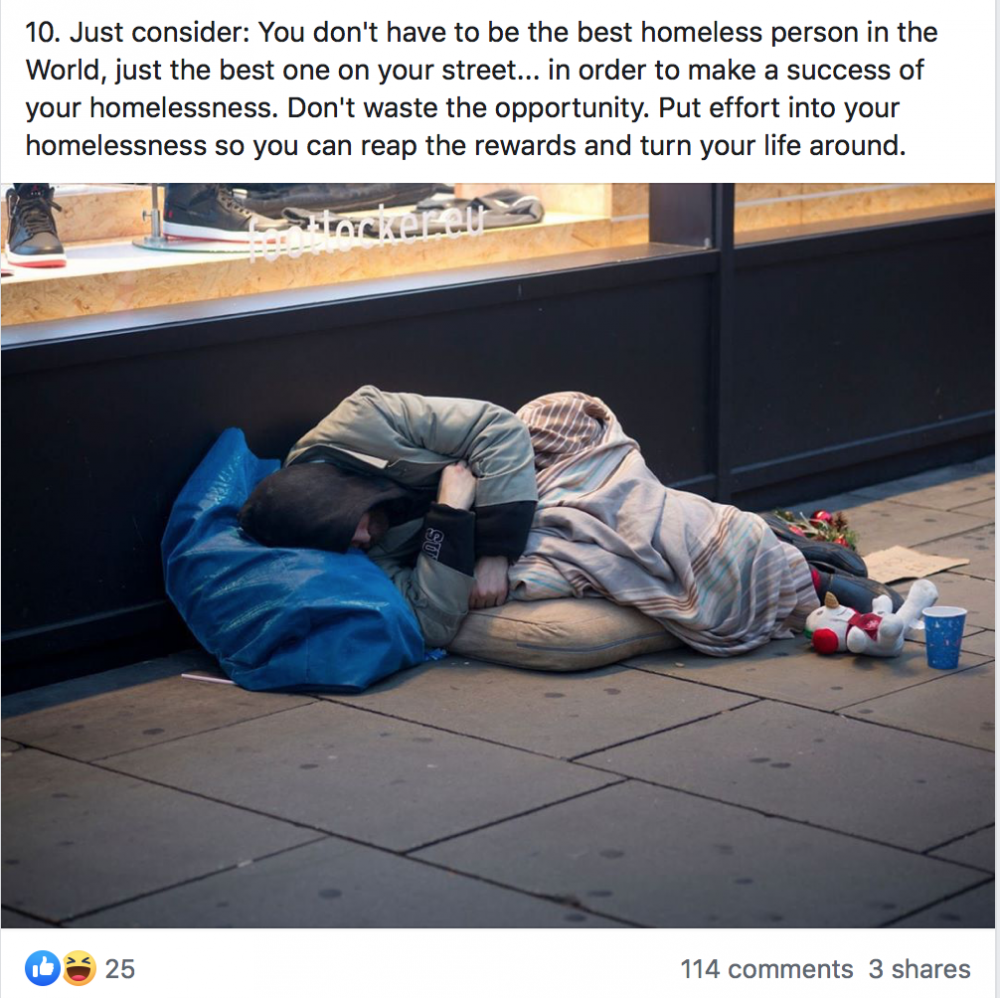 Man oh man. Perhaps even worse than the fact he’s actively making fun of people that are often living on the streets through no fault of their own and can’t actually ‘make a success’ out of their situation for a whole multitude of obvious reasons, is that instead of just deleting it and admitting his attempt at satire was all kinds of wrong, the guy has actually engaged with all the comments and tried to defend his position.

Here’s a couple of screenshots, but if the post is still up by the time you read this then you can read them all there as well: 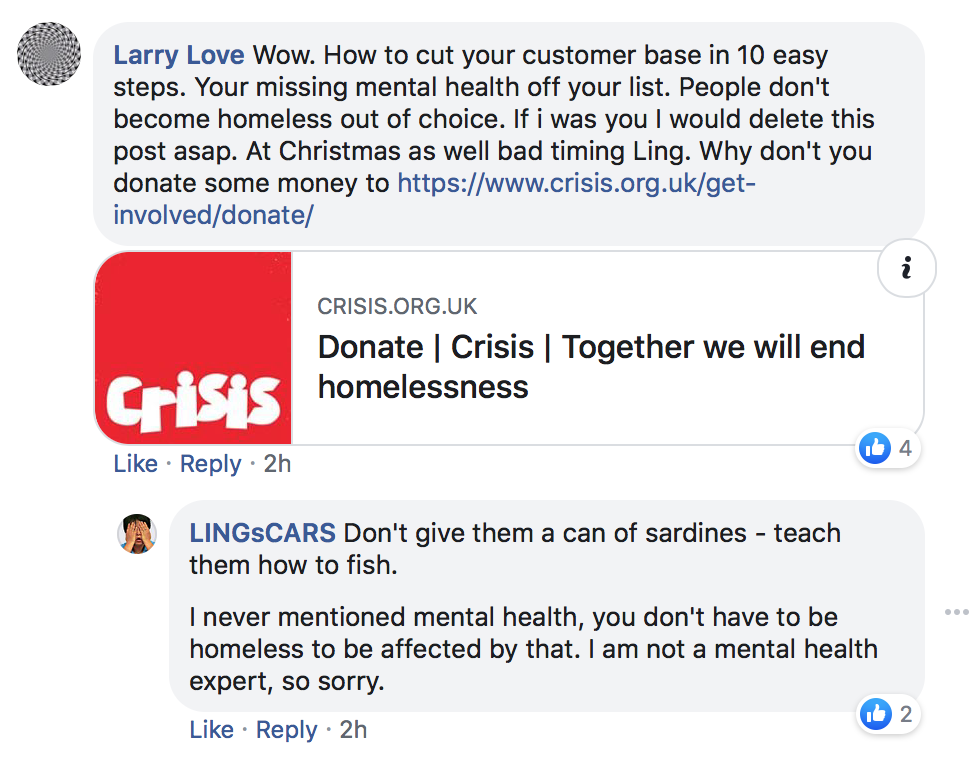 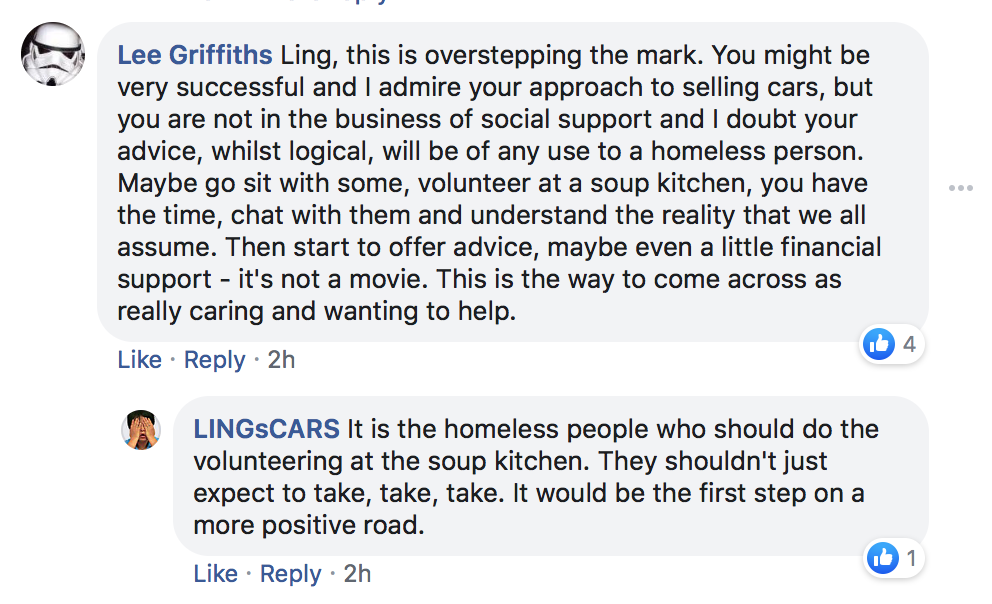 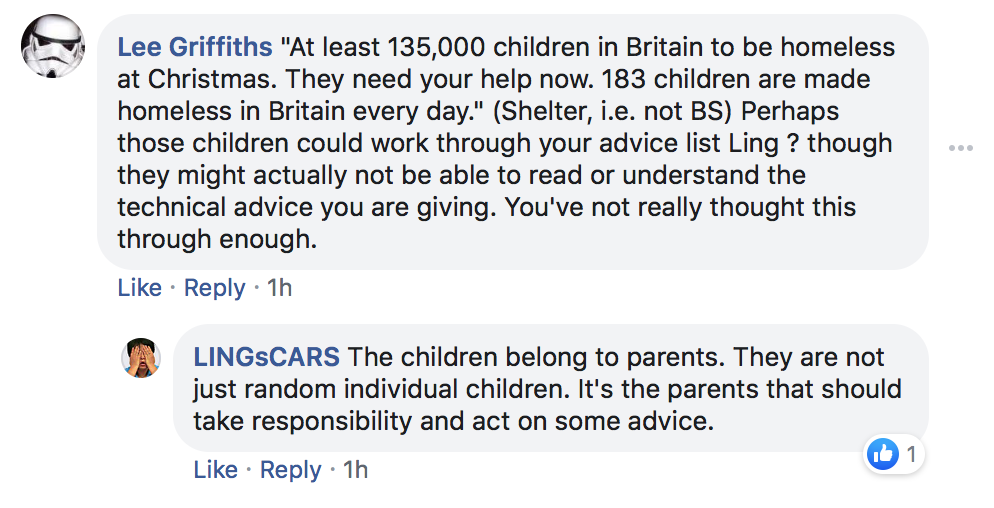 Yeah for once I’m pretty much speechless that anyone could post that and then joke about it afterwards. Homelessness isn’t a joke and there are millions of people out there who need our help and to be made fun of by motor traders on the internet.

Hopefully some good comes off this at least and some people donate to homeless charities or something. Senseless take on the situation. Maybe people will stop buying cars from LINGsCARs and then they’ll become homeless and use their own tips and we can film a documentary about it. That sounds fun too.

For more of the same, here’s the best brand meltdown on social media ever. Never forget.