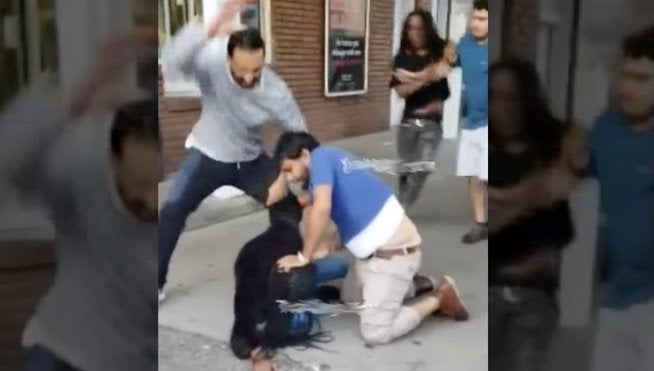 This incident took place at Exxon gas station over in Pittsburgh, Pennsylvania and according to the women involved kicked off over the fact they had asked for a refund because the gas pump was broken and had spilled all their gas.

From the family of the victims, as shared on Worldstar:

Well that was a bit out of order wasn’t it? Obviously we’ve only got one side of the story here and limited footage to go off but it’s too bad the whole thing had to result in a group of grown men kicking the shit out of two women. Was there really no other way for both parties to resolve the issue?

And how about the guy in the grey sweater relentlessly sticking with that super slap move? I don’t know if that’s just how he fights or if he was doing it out of consideration for the fact he was fighting two females, but preferable than actually full-on punching them I guess. Who said chivalry is dead?

For more gas station shenanigans, get a load of what this guy came across at 4am. WTF?