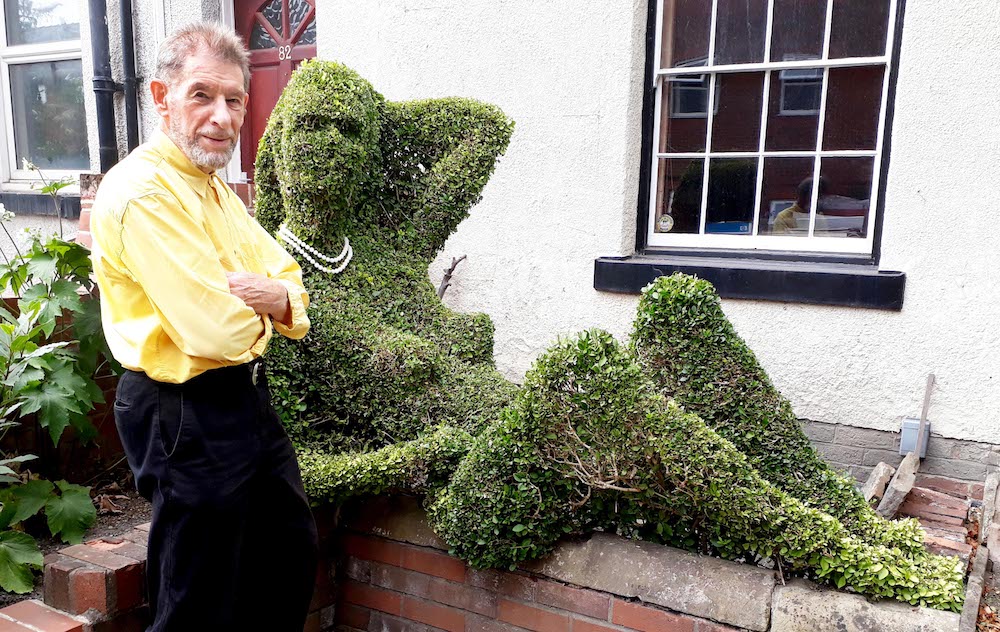 I mean can you blame them?

It’s not often that I’ve used this sentence, but I think if you trim your bush so that it looks like a woman then you’ve gotta be prepared for the consequences that are going to come with it.

Unfortunately, it seems like 84 year old Keith Tyssen from Sheffield can’t really deal with the fact that drunk guys keep coming past his house late at night and trying to have sex with it. I mean that is pretty stupid behaviour to be fair, but if you’re going to carve a bush into such an arrangement then you’re pretty much asking for it really aren’t you? Seems dumb to expect otherwise.

Here’s what Keith had to say about the situation:

I started by doing a figure of a monster which was headbutting a lamp post at the end of my garden and then it developed into this monster defending a maiden.

She developed slowly over two-three years – it was quite fun really.

The lady came out of my love for visual invention – it’s just a creative thing I enjoy messing about with.

It’s taken me 13 years to get Gloria looking as good as she does now and I don’t want drunk lowlives ruining her figure.

You get drunks publicly undressed and having fun with her in the middle of the night. 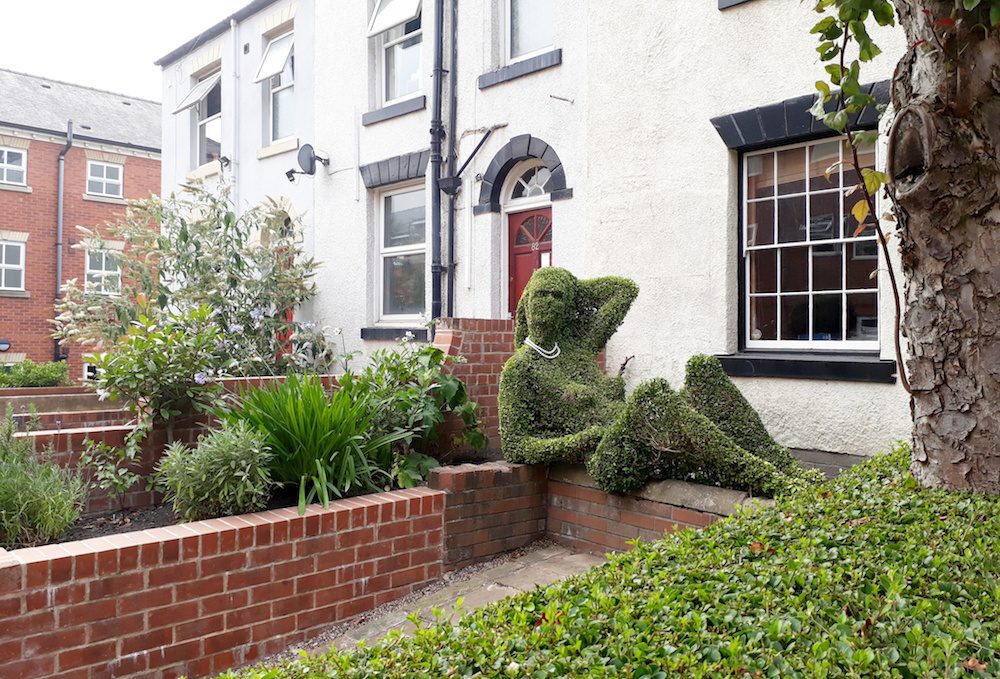 I’ve been awakened many times – mainly by men and sometimes also by women messing about with her and making a lot of hysterical noises.

The first time it happened I heard a noise outside my window at about 4.30 in the morning and there was a man making moves by climbing on top of her and moving her legs as if he was having sex with her.

It’s offensive and appalling and is damaging her figure – privets don’t respond well to being manipulated like that.

It’s changing the shape of her legs and thighs and it’s annoying because I spend a lot of time trying to keep her in good order.

I don’t particularly want to spend any more time doing it.

Wow. Anyone else notice how he refers to the bush as Gloria? Apparently he named it after a local prostate who wanders up and down his street that he wasn’t particularly close to. Sure Keith, sure, although in fairness it’s not like that information even makes him any weirder. Seriously seems like he has a screw loose to pursue this hobby and then be so weird about it.

Anyway, I know it must be kind of sucky for Keith to be so old and retired with nothing to do, but you would think that he might take up a hobby that wasn’t so provocative and wasn’t going to encourage people to mess around with it and annoy him. Maybe like Bingo or Lego or stamp collecting or something. Seems like trimming hedges to look like women is more trouble than it’s worth. Just saying.

For more bushes, check out this guy who trimmed his garden shrub to look like an 18 inch penis. Some people huh?