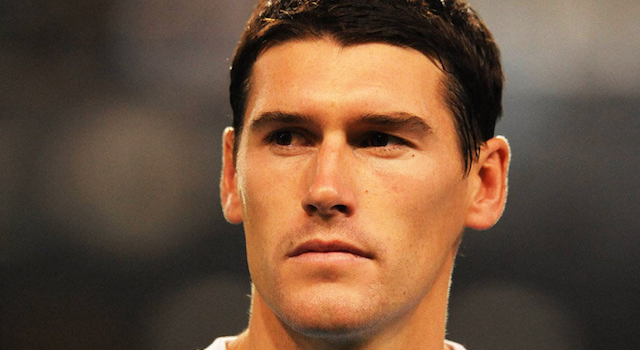 Gareth Barry was invited to do some punditry on Sky Sports for the Champion’s League the other day and looked like an idiot when he couldn’t pronounce Fellaini’s name.

I didn’t really ever think that Gareth Barry would be a pundit – sure he looks the part with his Action Man face and he plays football fairly intelligently, but I’ve never been impressed with him in post math interviews or anything – but nevertheless Sky Sports invited him along on Wednesday to cover the Champion’s League matches.

I didn’t watch his punditry so I can’t really tell you if he actually said anything worthwhile but we did manage to find this little blooper for you. Talking about Marouane Fellaini – a name which isn’t really that hard to pronounce (it was only his surname) – Barry tripped all over his words and just couldn’t get it out. Whoops. Probably won’t be getting invited back on Sky Sports anytime soon pal so that post football career in punditry probably isn’t going to pan out. Maybe try and be an Action Man model.