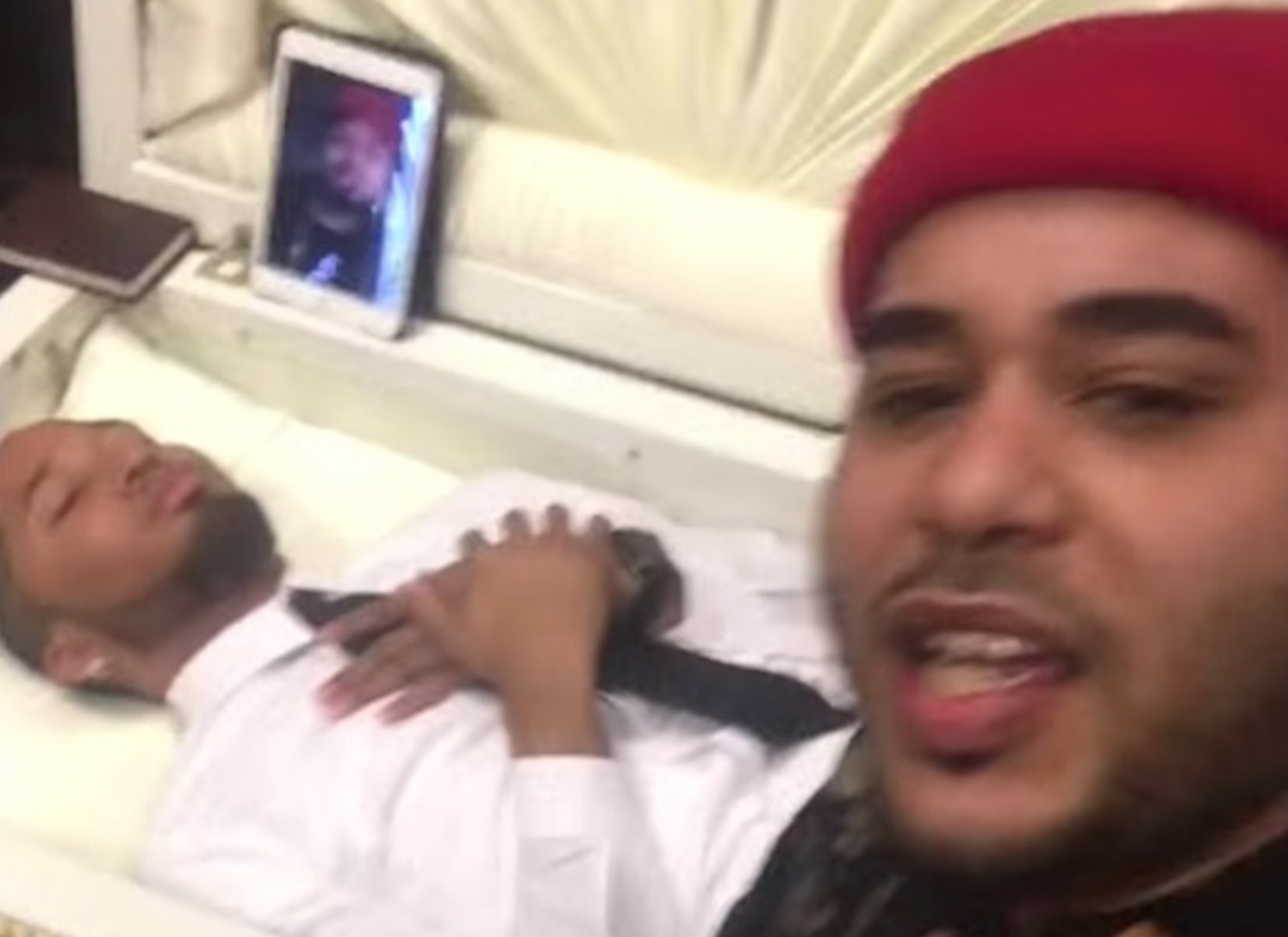 I’ve never really understood the gang mentality whereby it seems like all you really want to do in your life is fuck up your rivals and diss/hurt them to the point of no return. But I’m fully aware that it exists and people go to insane lengths in order to carry out these acts.

The video below is by far and away the most extreme example of this I’ve ever seen and because of that I’m not even sure that it’s real. It’s apparently one gang member going to his rival’s open casket funeral and then slapping the face of his dead body whilst he mouths off about him.

I mean, can that possibly be real? It’s the kind of savage attack that you can imagine a gang member might perpetrate, but surely this is too far?

The video does make it sound like there are other people at the funeral but I suppose that could be easily overdubbed. People have been pointing out that the body moves a bit once the guy hits him and an actual dead body would be stiff and hard after rigor mortis had set in and it had been embalmed, but again I’m not sure that’s enough to convince me it’s not real.

Even though it’s the ultimate diss, I kind of want it to be legit because that would mean this guy has the biggest balls in history. Props.

For more gangs, check out this insane gang ambush on the streets of London. Some crazy fighting going on there.