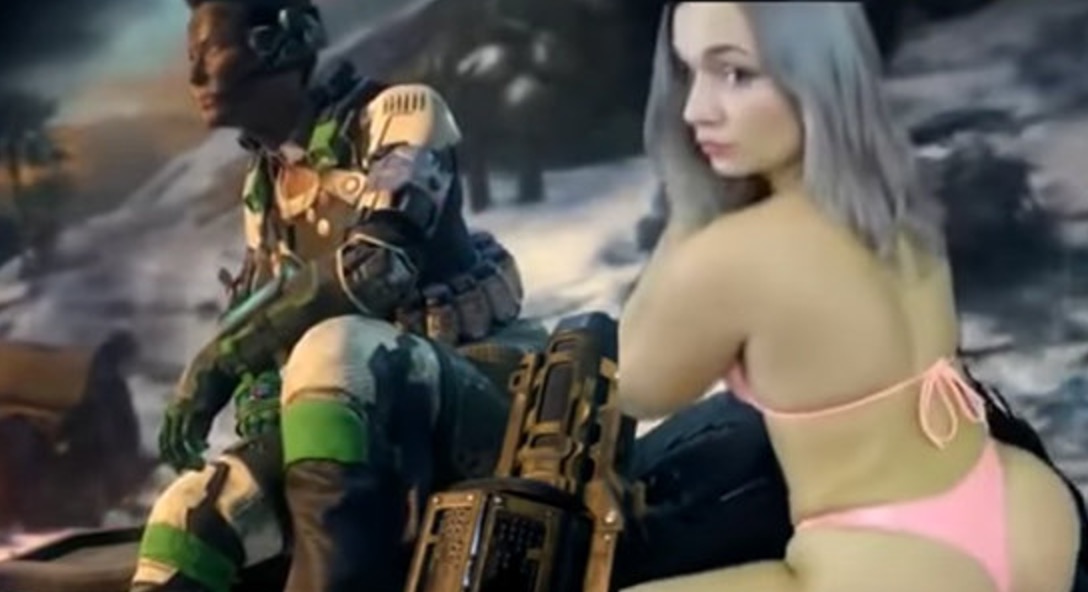 Gaming girl Zoie Burgher has gained the attention of gamers from all over the world since joining video gaming live stream network Twitch.

However, she has recently been banned from the site due to her explicit videos, including the footage you can see below. Twitch decided that her lingerie and on-camera twerking were too much for gamers to handle.

The 21-year-old has said she is not deterred by the ban and still finds ways to leak her videos online. Since her ban from Twitch, Zoie has done pretty well for herself, gaining 1.2 million YouTube subscribers, over half a million followers on Twitter and 94k fans on Instagram.

Her Instagram following used to be several hundred thousand fans bigger, but she’s had multiple bans on that site too for being “too sexy.” Still, clearly this has not deterred her and she says she will continue to find ways around the strict censorship rules. Good luck to her.

For more on Instagram censorship, check out this clever way of getting around the nudity issue.