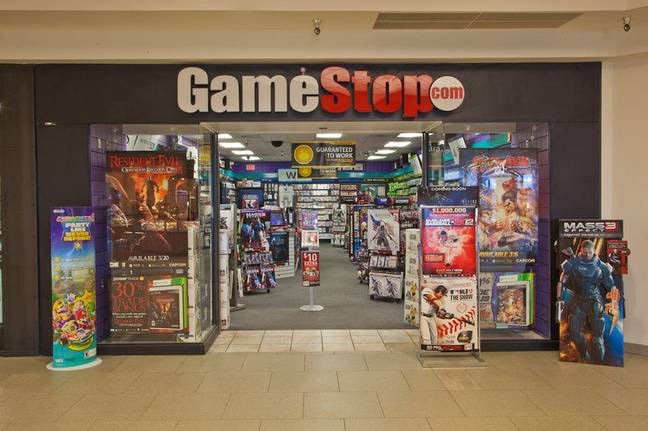 I thought that we were probably over all the nonsense with Reddit/r/WallStreetBets and the shorting of GameStop stock to try and destroy billionaire hedge funds, but it looks like those message board nerds were only just beginning after another spectacular day of trading yesterday.

A couple of hours before the end of trading yesterday, over 82 million GameStop shares were traded at a peak of $191 a share – the highest price that has been seen since the 27th January when they were being sold for $347.51 a pop. The huge increase in trading actually may have caused the whole of Reddit to crash as well because so many people were trying to get onto Wall Street Bets to find out where they should be pumping their money. Or maybe it was for some other reason?

The exact cause of the sudden surge in share buying isn’t yet known, but some are speculating that it’s connected to GameStop’s chef financial officer announcing that he’s leaving the company in March. Here’s what Gust Kepler, chief executive of stocks and options platform BlackBoxStocks, had to say about that:

The CFO exited the company and there’s talk of the company finally transforming from a brick and mortar to deploying their product in a digital way, and this is why we believe the stock shot up at the end of the day today. 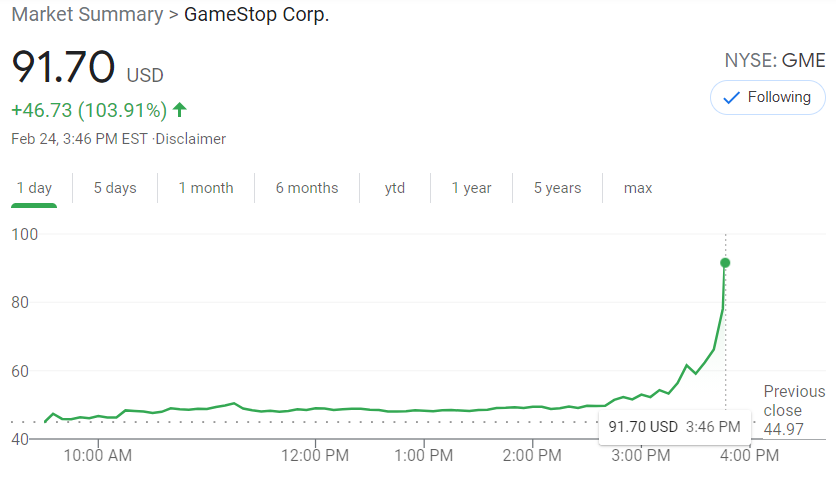 So maybe it wasn’t anything to do with nerds on the internet shorting it again, but more because GameStop were announcing that they were actually going to use their increased share price to push the company forward? What a revolutionary concept – don’t really see that happening any more do you?

The strangest part about it all though was that Reddit went down just as all this was happening. Surely that has to be connected to it as well, although Reddit are denying that this is the case, just saying that their servers were down. It only went on for about twenty minutes, but considering Reddit never goes down it’s one hell of a coincidence isn’t it? What the hell is going on?

For more of the same, check out when this kid tricked the media into thinking that he had mortgaged his parent’s house to buy GameStop shares. That was a funny one.