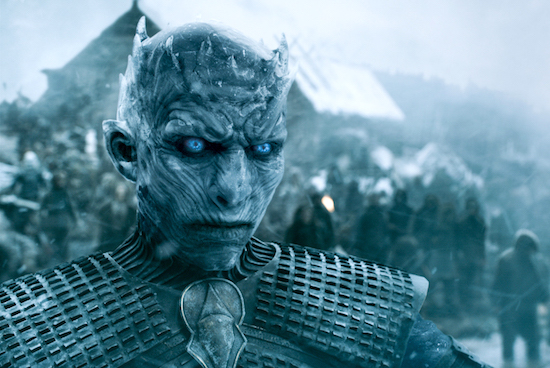 The anticipation for the new series of Game Of Thrones is at fever pitch, especially considering that it’s the penultimate one and we’ve had to wait slightly longer than usual for it this time.

Even so, the guys at HBO are desperate to crank it up even more and they’ve absolutely succeeded in doing so by dropping another trailer for it. As you might expect from an event as huge as this, it’s suitably dramatic, as it looks like winter is finally here. Only took seven seasons:

Yeah, there’s no way this isn’t going to be good is there? I just hope Jon Snow manages to survive at the end of it all – although having said that (spoiler alert) he already died once and got brought back to life so I suppose it’s not that big of a deal even if he does die. Not sure my heart could take it again though.

For more Game Of Thrones, check out a bunch of the characters dressed in 90s attire. Nicely.