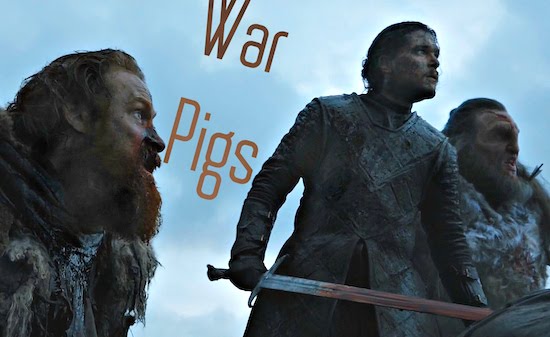 The two go hand in hand.

Game Of Thrones is one of the best and most loved television series out there at the moment, and it ended its sixth season in typically spectacular fashion on Sunday night (or Monday if you were watching it on Sky Atlantic).

As such, a lot of people out there are mourning the fact that it’s probably going to be another year before it starts up again, but this awesome montage of some of the best bits might help to ease your sorrow. It’s set to Black Sabbath’s War Pigs and to be honest it’s the perfect accompaniment for a show like Game Of Thrones as it’s epic, triumphant, brutal and dirty – just like the show.

Disclaimer – don’t watch this if you haven’t seen the end of series 6 yet.

Fantastic. Gotta give props to the editing too and probably recommend to the producers of Game Of Thrones that they hire this dude to make one of their montages some time. It’s that good.

For more stuff to help you get through Game Of Thrones withdrawal, click here.