It’s been a long time since the Fyre Festival documentary rocked our world about how anyone could be as heartless and reckless with people’s trust, safety and money as Billy McFarland, but it turns out that for once someone’s actions have had fairly severe consequences for them.

For all his sins – including defrauding investors of $27.4 million for Fyre Festival and selling hundreds of fake tickets to events like Coachella and Burning Man Festival – McFarland was sentenced to six years in the Federal Correctional Institution at Otisville. This is known as one of the cushiest prisons in America and regularly houses a bunch of white collar criminals, but it seems like McFarland didn’t learn his lesson and broke the rules there and has been published accordingly.

The Daily Beast is reporting that McFarland was found with an electronic device in his cell, which is up there with murder and aggravated assault as one of the worst offences anyone can commit at Otisville and this means that Billy has been moved from his cushy hotel room to a small cell with a sink and a toilet and no sunlight. He has to spend 23 hours there and is only allowed to spend one hour outside of it for recreation. He’s basically in The Hole, for anyone who’s ever seen a prison TV show or movie.

Seems maybe kinda harsh on the guy for just having cellphone? Whilst I might agree with that, the fact is that this dude literally ruined a whole bunch of people’s lives and stole all their money and didn’t give a fuck about it, so I got no sympathy for him. Hope someone loses the key and leaves him in there. 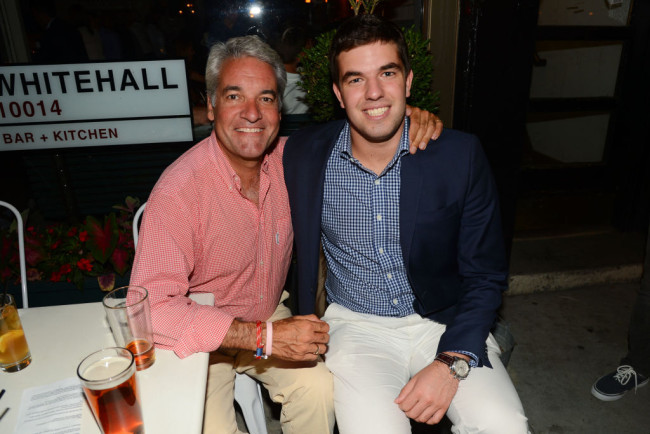 As an aside, the reason that people think he might have had an electronic device is to help him write his upcoming autobiography ‘Promythtyus: The God of Fyre’, which promises to demonstrate ‘how as an eight-year-old, my discovered passion for technology, intuition for viral marketing, and constant drive to set my own path by outgunning authority and the status quo, combined with an incessant passion and demand to live life to the fullest, started me down a path that would take me through the absolute extremes of society’. I guess that’s one way of saying he’s a complete cunt hey?

Anyway, the book is gearing up to be controversial and feature some less than flattering stories about Jay Z, Donald Trump Jr, Dave Chapelle and Kris Jenner. Whether they’re true or not, who’s to say but I doubt anyone is gonna take what Billy McFarland says as gospel ever again and I don’t wanna give him any money for a copy of his book either – just read about them on some website probably.

For more of the same, check out Blink 182 recently getting sued by Fyre Festival. How does that work?