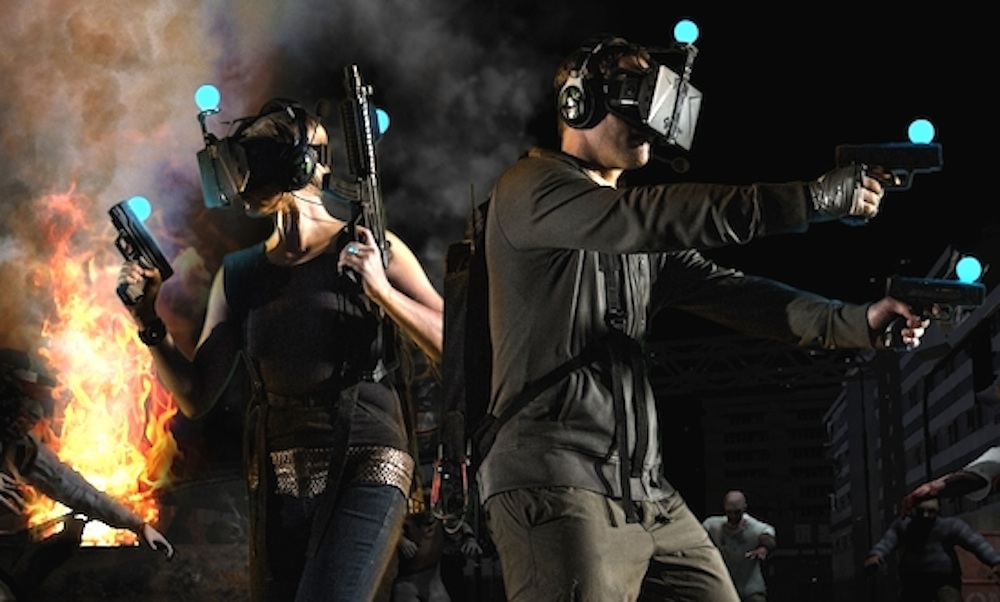 It kind of looks like a cross between Resident Evil and Quasar.

Video games are always advancing and people are always looking for the next big thing and the best way to utilise that technology to enable you to have a blast, and it looks like they’ve found it with this new fully immersive virtual reality gaming centre in Melbourne.

It’s called Zero latency VR and it basically looks absolutely awesome. You whack on a helmet and grab a gun and then walk around the warehouse shooting zombies with a gun, so in that respect it’s kind of like Resident Evil crossed with Quasar and those ‘zombie experiences’ that you can go on, only way better because you’re not actually watching a play or being chased around a house by weird actors, you’re the main event yourself and kicking ass and taking names right in the thick of it. The warehouse is absolutely huge at 4000 square foot so there’s a lot of space for you to wander around in, and I’m presuming from the promo video that you team up with your buddies and wander around the set – which is actually some post apocalyptic city when you put your VR helmet on – shooting the shit out of zombies, which sounds like a great way to spend a Saturday afternoon to me.

Sure, you probably look like a bit of a dork in your stupid VR helmet but everyone else is wearing one too and who the hell really cares anyway – you’re fighting zombies and having a blast so it doesn’t really matter. Somebody needs to build one of these in England ASAP because I need to check it out and I don’t want to have to go all the way to Australia to do that.

It reminds me as well, I’ve also got to check out what virtual reality threesomes are like at some point. So much to do but so little time eh?