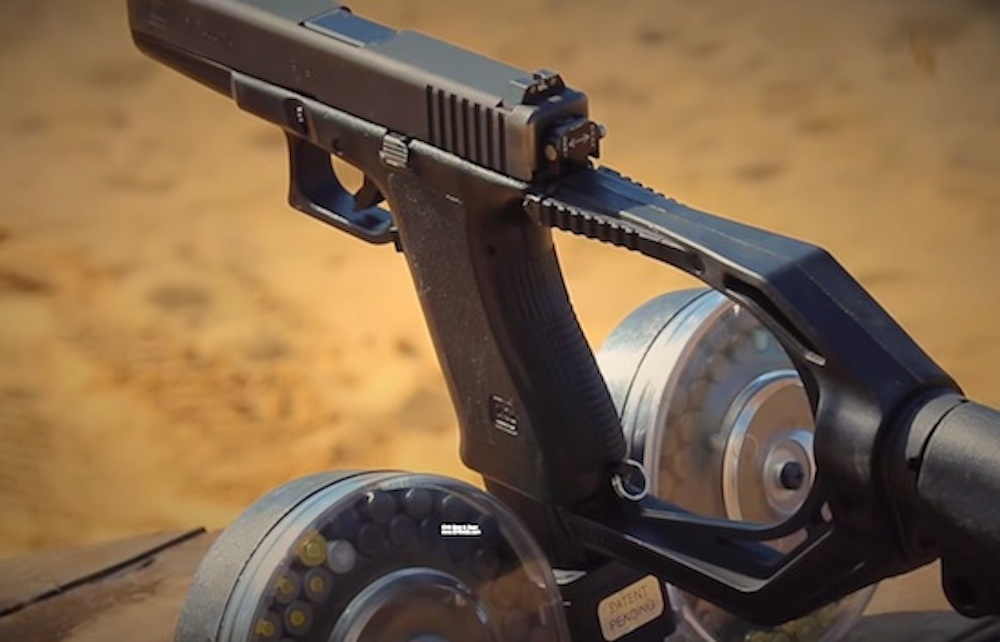 That’s like some old school Goldeneye or Doom shit.

I’m no advocate for guns – they’re stupid and people end up getting shot for no reason because of them, like this idiot who got shot by the cops in Texas last week – but I do love playing shoot ’em up video games so it’s crazy when a gun like this comes out in real life.

It’s a fully automatic Glock which somehow manages to fit one hundred bullets into its chamber and still be fully automatic. Basically it’s like some kind of special weapon that you might have found back in the day in Goldeneye or Doom and it’s completely badass, although it looks kinda hard to hold onto unfortunately.

If you can get past that though it’s probably one of the most deadly weapons I’ve ever seen in action. Check out the demo below of some guy completely and utterly decimating a water barrel with it. Basically you don’t ever want to come up against someone wielding one because you’ll be full of holes in about two seconds.