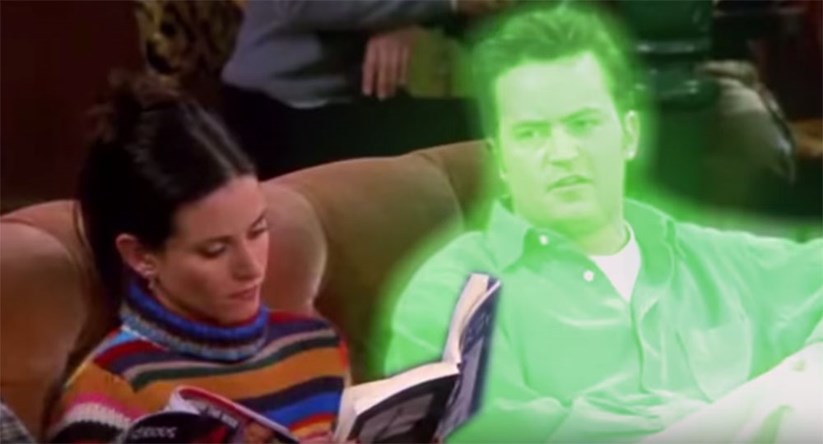 Some serious dedication went into making this.

It seems like Friends finished a lifetime ago – and it kinda almost did – but thanks to the endless reruns on television it seems like future generations will always be entertained by the stupid antics of Monica, Rachel, Chandler, Ross, Phoebe and Joey. Unfortunately, it doesn’t seem like the much sought after reunion show/movie will ever actually happen though.

However, we’ve got the next best thing with this YouTube video made by a guy called Dogfood. For some reason, he’s decided to re-imagine the ending of Friends in a completely bizarre fashion, with Chandler being run over by an ice cream truck and then coming back to haunt the gang. It’s made up of cuts from very single Friends episode and must have taken this guy some serious effort to make. It actually turns out to be quite a poignant reminder of why the majority of the world loves the show so much:

Well, that was really stupid but also surprisingly funny in parts – that’s a doozy at the end isn’t it? As if he was able to find two scenes that fitted together so well. And the Joey and Monica subplot was really great and dumb as well – in fact the whole thing is just a really dumb mashup. Dogfood must have put his heart and soul into that and known Friends like the back of his hand to pull it off so well. Fair play, although it does sound like he’s had a lot of time on his hands since the show ended.

For more on the famous 90s sitcom, check out the Friends title sequence with no music. Almost as weird as this episode.