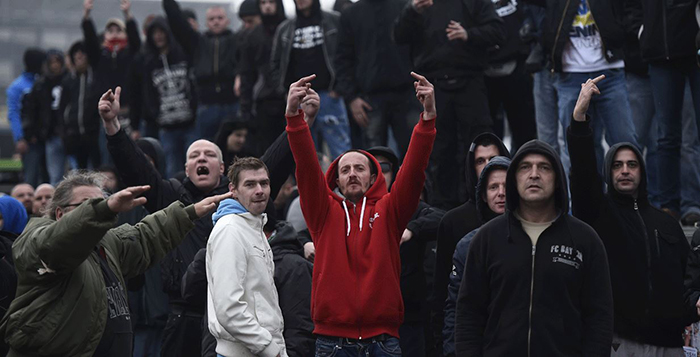 Not a great week for the Dutch city of Groningen. Not only did Marseille beat them 3-0 in their Europe League clash, a bunch of French hooligans also ran riot through the streets and at one point chanced upon this pretty quaint-looking little Dutch restaurant and decided it needed destroying.

Not very nice is it? But it really is crazy how much tougher and crazier football fans are than the actual footballers they look up to. There’s no reason in the world why you would ever organise to do anything like that unless you live purely to be a drunk bastard. Seriously where’s the CS gas? Where are those police water cannons when you need them?

P.S. Pro move by the cameraman putting his drink down to make sure he captured all the action. Not a pro move doing it in portrait mode though.