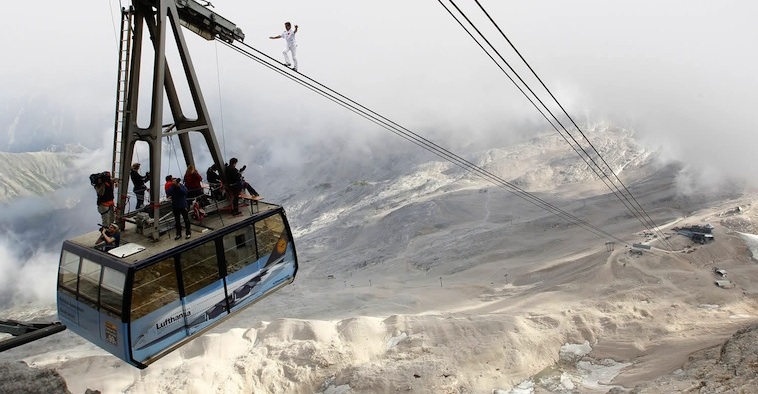 Freddy Nock demonstrates how his testicles are infinitely bigger than yours.

Remember those guys we posted about a few weeks ago whose jobs were repairing faulty radio towers that were thousands of feet high? Well they had to do it without any safety equipment as using safety equiptment would take too much time apparently. They seemed pretty cool about the whole thing and just got on with it – massive balls. 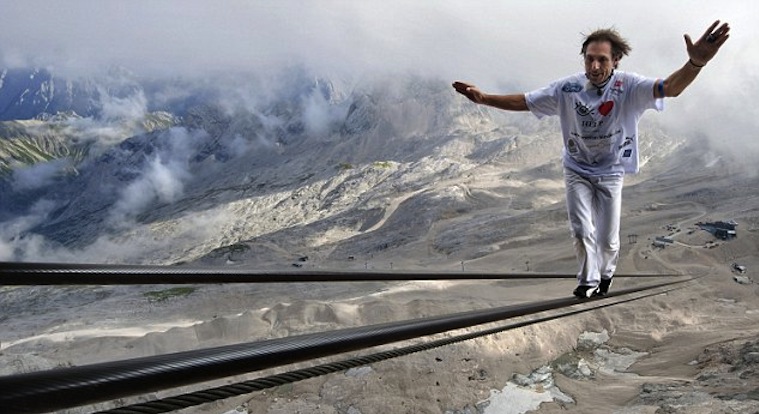 Freddy is a French tightrope walker who performs his stunts by choice, for charity in fact, what a guy! Freddy has been tightrope walking since he was 11 and is pretty damn good at it. For this stunt he spent 90 mins scaling a 10,000ft mountain by walking up the 2-inch wide cable used for the cable cars up and down the mountain. Attempting to break a world, record Freddy does it all without safety equipment. What a nutter. Check it: