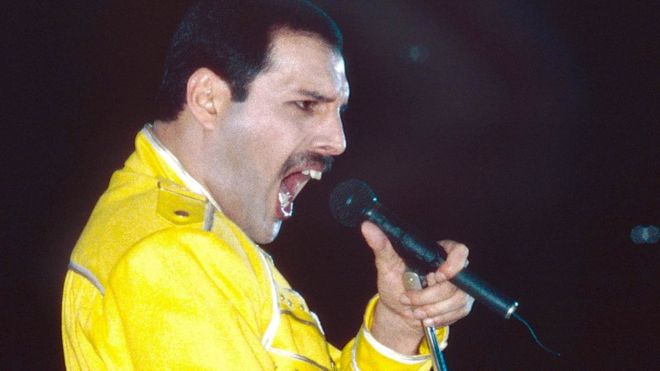 Mercury is the GOAT.

A previously unheard Freddie Mercury track premiered on BBC Radio 2 today and it is absolutely electric.

Dave Clark remembers how he felt when he heard Freddie Mercury sing his song, “Time Waits for No One,” for the first time. “It gave me goosebumps,” he tells Rolling Stone. “I thought, ‘This is magic.’”

The song was originally part of Time, a musical that was spearheaded by Clark, best known as the former leader and drummer of the Dave Clark Five. When Mercury’s recording of “Time,” which Clark co-wrote with John Christie, came out on the soundtrack for the musical, it was schmaltzy and heavily produced with thick layers of backing vocals and heavy drums. It was also a big hit, making it to Number 32 on the U.K. chart. Now Clark has stripped the song down to the way he originally heard it for a special release out Thursday.

I don’t think you need to know anything about singing or playing instruments to recognise how awesome that was. His voice, the stripped back acoustics, the charisma just oozing out of Freddie Mercury. Absolutely electric stuff.

Greatest of all time? Even the notoriously homophobic Russian Maxim magazine says they rate him.