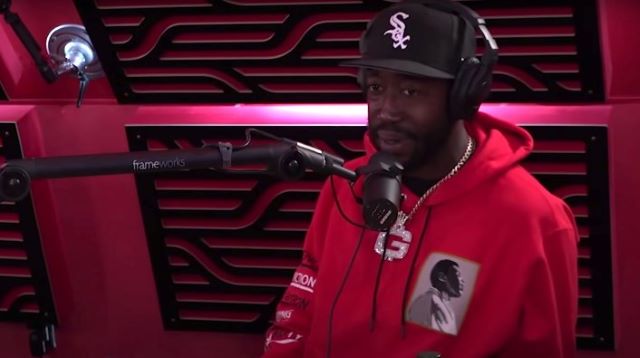 Less than 2 minutes into his interview on The Joe Rogan Experience the other night, gangsta rapper Freddie Gibbs casually admitted he had once shot a crackhead 9 times in an alley with a tec-9.

He brought it up as anecdotal evidence that someone on coke or crack can withstand a few bullets before collapsing to the floor.

Freddie Gibbs really said this on JOE ROGAN out of all platforms. I’m dead 😂💀 pic.twitter.com/HXkMp8SCBw

Joe Rogan’s reaction of “hmm” was just perfect. After that he acted like he didn’t hear it and made sure to steer the conversation away to something else, because who knows if Freddie Gibbs even realised he was on a podcast viewed by millions of people around the world every day. Probably not the best place to admit shooting a man 9 times.

Sadly, no follow-up on whether the crackhead died or not. The only person who ever survived being shot 9 times was 50 Cent, but somehow I’m not feeling as optimistic about the crackhead. Either way, Joe Rogan was definitely not interested in carrying on that conversation.

You can watch the full clip below:

To watch a crackhead sing the most amazing version of R Kelly’s Bump N Grind you will ever hear, click HERE.