A woman’s head sewn onto a male’s body “Frankenstein style” was discovered by FBI agents in a body donation centre in sunny old Arizona. That’s not all – they also found buckets full of heads, arms and legs. Oh, and a cooler full of dicks.

These are words I’d never thought I’d combine, but here we are. This is absolutely rank. This sounds more like a horror movie than real life – something out of Frankenstein 2K19.

The nauseating scene was initially discovered in 2014 by FBI agents during a raid on an Arizona body donation centre as part of a multi-state investigation into the illegal trafficking and sale of human body parts. Thankfully, today, the centre no longer operates.

So, while this happened 5 years ago, it was only announced to the public due to a lawsuit filed against the centre by 33 families of the deceased. Imagine how much shit the FBI is keeping under wraps ?!

The bodies were basically donated for science; to conduct experiments and whatnot. What kind of fucked up science experiment are you conducting by sewing a woman’s head onto a male torso?

Also, we’re not exactly experts on the topic of storing dead bodies, but surely they’re supposed to be preserved and stored better than that? 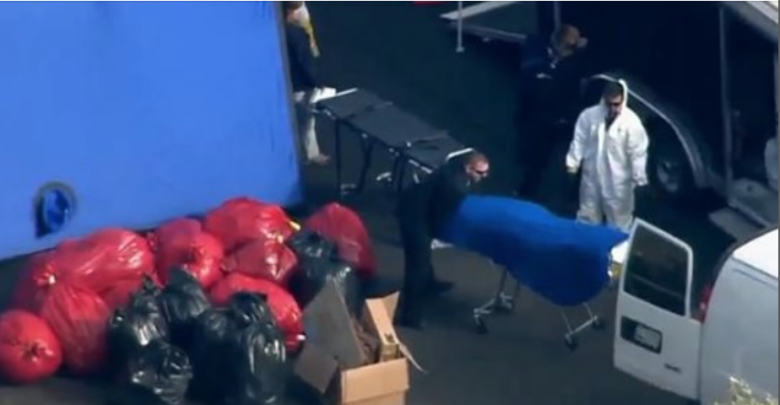 Instead of using the bodies for science, as they were meant to, the Biological Resource Center sold various body parts for profit. According to a civil court filing, a whole boy with no shoulders or a head could be bought for $2,900, while a whole spine went for $950.

Surprisingly, this body donation centre is unlicensed; while a law in Arizona has been passed in 2017 to make that illegal, it has yet to be implemented. Good work there guts.

The case is now going to trial at Maricopa County Superior Court on October 21st. Should be an interesting one to follow.