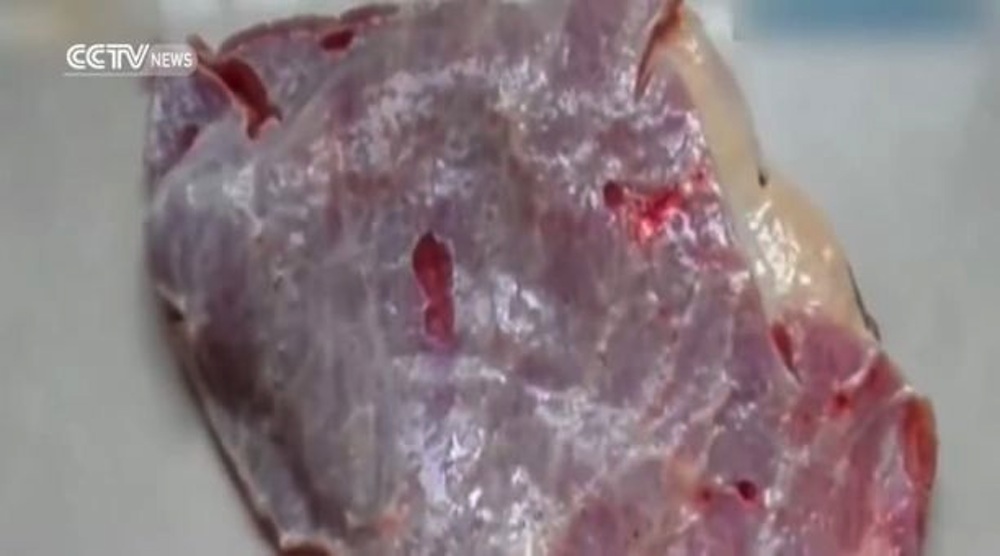 Is this ‘Frankenstein Meat’ enough to make you turn vegetarian?

This is some pretty disgusting and creepy footage below, of what is being termed ‘Frankenstein Meat’.

It comes from China, where a woman named Ms Cheng from Shandong Province went to pick up a slab of beef from the butcher. An hour later she went to cut it up to start cooking it in her home when she noticed that it was throbbing and pulsating all over the place, like it was still alive:

It looks like it is still alive, or that there are worms or something inside. However when I cut it open I didn’t find any worms, just twitching.

Just what the heck is up with this Frankenstein meat then? A local expert from the animal health department named Lv Suwen had the following to say about it:

You can rest assured, this piece of meat is very fresh and is from a freshly slaughtered animal.

The central nervous system is dead but the nerve endings in the muscles are still firing resulting in the jumping, because the nerves are not yet dead. This will stop after a short time.

Great. I’m sure everyone who witnessed this video is 100% reassured by that comment. Apparently the footage has been viewed over 11 million times on Weibo (the Chinese equivalent of Twitter) so it’s obviously freaking a bunch of people out over there.

Check it out yourself below and see what you think – I don’t think it’s going to make me go vegetarian but if I’m ever in the Shandong Province then I might think twice about eating the meat. Just like I’ll think twice about handling the bank notes in Wenzhou Province because I don’t want to contract an STD.