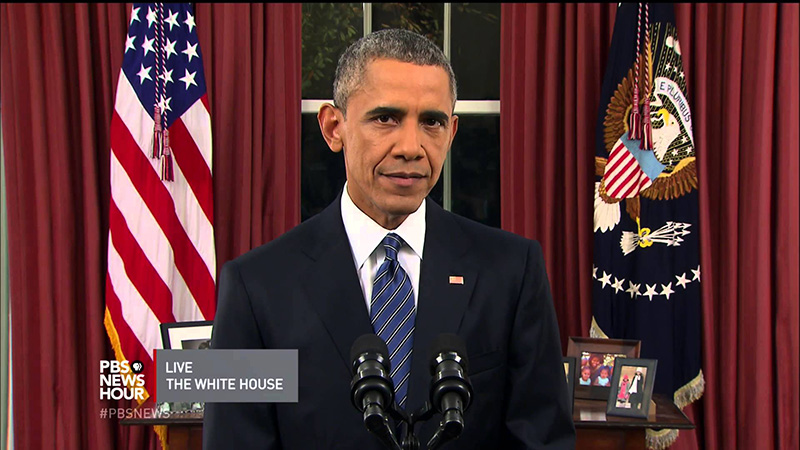 The delivery on this is an absolute A+.

Barack Obama gave a big speech on Sunday night in which he wanted to assure America over the San Bernardino shootings and general threat of terrorism, which remains on high alert just as it is over here in the UK.

It was a fairly standard Presidential speech, and he said all the things he’s said before — we mustn’t be afraid, we’ll deal with the terrorists, we need tighter gun control and all the rest of it. Here it is if you’re interested:

One guy who was having absolutely NONE of it was Lt. Col. Ralph Peters who appeared on Fox Business and was asked what he thought about Barack Obama’s speech.

Let’s just say he made his feeling clear:

Now that’s a burn. Getting called a pussy on live TV? Brutal. I guess it fits in with the whole FOX News agenda, and Ralph Peters is definitely the type of twat who would have a problem with tighter gun control in the US.

Let’s ask YouTube what they thought about the President’s speech:

Lovely. I suppose we should just be thankful Donald Trump wasn’t asked to offer his thoughts, although according to him he does have a secret master plan to beat ISIS.